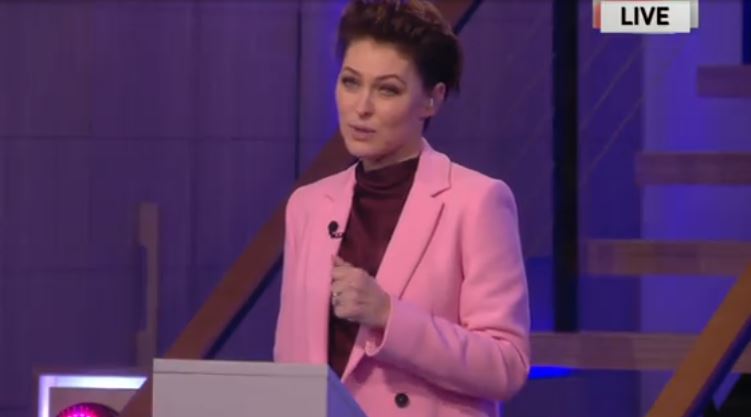 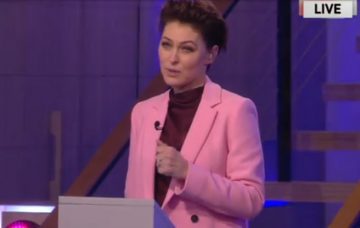 Well, it was certainly a unique reason!

And just to make things extra awkward, only the women were allowed to nominate and they had to do it LIVE and face to face!

Naturally, the housemates were a tad surprised when Emma Willis sprung that little treat on them on Tuesday night, and you can forgive them for feeling a bit flustered at having to come up with legitimate reasons for nominating on the spot.

Read more: Meghan Markle gives up another aspect of her life ahead of royal wedding

But viewers still felt one housemate in particular just didn’t give a good enough reason for her choice of nominee.

Rachel Johnson was called out on Twitter after choosing to nominate Love Island’s Jonny Mitchell on the basis that she finds him too good-looking.

Yes. Not ’cause he snores or winds her up or does anything annoying.

Because he was born too beautiful!

Rachel explained to Emma on Tuesday’s live show: “My nomination is gorgeous Jonny because I find him so attractive that I just don’t trust myself around him.”

Emma, however, said that wasn’t a valid reason as it was a compliment – but Rachel thoroughly disagreed and continued to argue her point.

“No, it’s a reason. I’m a married woman and he’s a single guy and I regard that as a completely valid reason. He’s just too much of a temptation!”

While Big Brother was happy to accept Rachel’s reason for nominating Jonny, viewers were less impressed!

Others questioned why Rachel was allowed to get away with “temptation” as a reason when Malika Haqq was called out on her reason for nominating Ann Widdecombe.

The US reality star had picked Ann, saying: “I think we are torturing her.”

But Ann quickly piped up that wasn’t a valid reason, to which Emma agreed, telling Malika she had to give another reason for nominating Ann.

Malika replied: “That’s the reason I have. I just said it. I feel like everyone is always apologising to Ann for their language or whatever so I feel like we’re torturing her and that’s why I nominated her.”

Some viewers, however, felt journalist Rachel’s reason for nominating Jonny was brilliant!

Well, it was certainly unique!

After last night’s live nominations, the two housemates placed up for the public vote are Jonny and India.

At least one will be evicted on Friday evening’s live show.