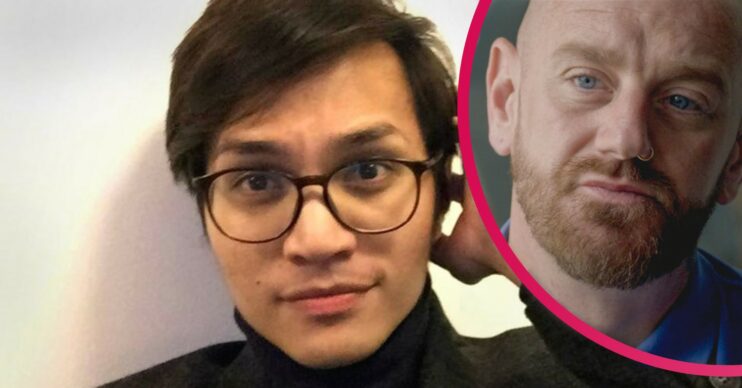 Catching a Predator on BBC Two: How was UK’s most prolific rapist Reynhard Sinaga caught and where is he now?

His victims speak out in new documentary

Catching a Predator examines the disgusting and brutal crimes of serial rapist Reynhard Sinaga and speaks to his victims – but where is he now?

The BBC Two documentary makes for horrifying viewing as it gives the inside story of the investigation into serial male rapist Reynhard Sinaga.

The rape case remains the biggest in British legal history.

Here’s everything you need to know about Reynhard Sinaga and his crimes.

Read more: Manhunt 2 on ITV1: Who is Night Stalker Delroy Grant and where is he now? How many victims did he rape?

Who is Reynhard Sinaga?

Friends described Reynhard Sinaga as a popular student and churchgoer.

Reynhard – or ‘Rey’ – came across as unthreatening, and was described as “meek and inoffensive”.

He presented himself as a flamboyant, churchgoing academic who used the nickname “posh spice”.

A man of slight build and reasonably short, he appeared physically unthreatening.

One of four children, he comes from a wealthy Indonesian family.

His father is a banker and also a prominent businessman in the palm oil sector.

Reynhard grew up in Depok and moved to the UK on a student visa in 2007.

Here he studied at Manchester University, where he completed a Master of Science (MSc) degree in Planning in 2009 and a Master of Arts (MA) in Sociology in 2011.

While in Manchester, Reynhard Sinaga lived openly as a gay man, living not far from Manchester’s gay village, and reportedly had many boyfriends.

What did Reynhard Sinaga do?

Reynhard preyed on young men mostly in their late teens or early 20s who were enjoying nights out.

The serial sex offender typically approached his victims in the street.

He posed as a good Samaritan and used various pretexts to entice his victims to his flat, where he drugged them causing them to black out.

Unknown to them at the time, Reynhard Sinaga had given his victims a drug – almost certainly GHB – which rendered them unconscious before he assaulted them.

Police discovered that many victims had no idea they’d been raped until being approached with evidence sometimes years later.

How many men did Reynhard Sinaga rape?

Reynard was eventually convicted of 159 sex offences, including 136 rapes of young men committed in Manchester.

His crimes began in 2015 when he was living as a student.

However, detectives believe he sexually assaulted more than 200 men in total.

Police found evidence of more than 200 victims, many of whom remain unidentified.

Most of his victims were heterosexual.

Reynhard drugged his victims, filmed the attacks, and collected personal belongings as “trophies”.

He chatted to a teenager, who had left The Factory nightclub to get some fresh air after becoming separated from friends.

The young man agreed to go Sinaga’s flat to try to contact his friends.

However, the man woke several hours later while being sexually attacked.

He immediately pushed Sinaga away, who responded by screaming “intruder” and “help”, before repeatedly biting the teenager.

The man hit Sinaga several times, escaped from the flat, and then called police.

At first, the teenager was arrested for assault.

However, police soon found evidence of Reynhard’s crimes and trophies and arrested him on suspicion of a single count of rape.

Where is Reynhard Sinaga now?

Now 38, he is serving a minimum 40-year prison sentence.

The police are able to be so precise about these numbers because the perpetrator filmed his attacks and collected what detectives call “trophies”.

He is serving his term at HMP Wakefield – known as ‘Monster Mansion’ because of the large number of well known murderers and sex-offenders imprisoned there.

He must spend at least four decades behind bars before he can be considered for parole.

But Judge Suzanne Goddard, who presided over his four crown court trials, believes he will never be safe to be released.

It is a colourless and odourless liquid or powder, which can be dissolved in water.

The drug generates feelings of euphoria in very small doses.

In larger amounts it can cause unconsciousness and even death.

Catching a Predator on BBC Two

The inside story of the investigation into serial male rapist Reynhard Sinaga, the biggest rape case in British legal history.

Filmmakers tell the story of Sinaga’s horrific crimes and his eventual conviction, using exclusive access to Greater Manchester Police’s investigation from 2017 to 2019.

Reynhard Sinaga was the most prolific rapist in British legal history.

This film tracks the police investigation of his crimes and charts how Sinaga would target men at nightclubs, invite them to his flat, then drug, assault and rape them.

In a sickening twist, he would record the attacks and collect personal belongings as trophies.

In the documentary Catching a Predator on BBC Two, one of his victims waives his right to anonymity to speak for the first time.

Daniel said he “couldn’t remember anything” when he woke up in Sinaga’s flat.

Greater Manchester Police detectives showed him photographs of the attack two years later, which is when he discovered he’d been one of the victims.

“It is just horrible to see yourself that vulnerable in photographs that someone else has taken,” he said.

“You can see I am comatose… I look dead.”

Catching a Predator on BBC Two airs on Wednesday October 6 2021 at 9pm.