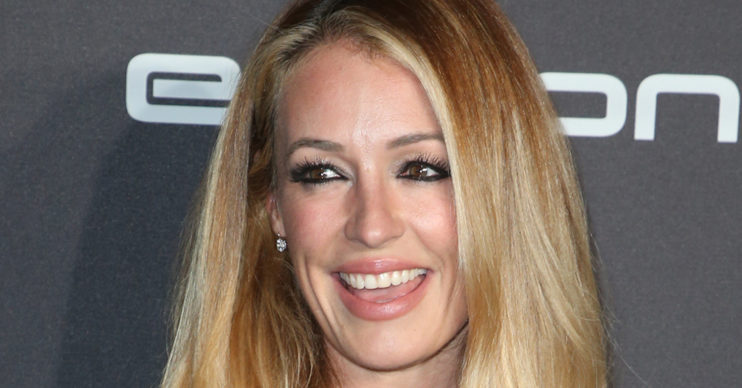 Cat Deeley: Does she still live in America? Is she still friends with Ant and Dec?

Cat Deeley lived for years in America and enjoyed success as a television host across the pond.

But London was clearly calling, as the star is now back in the UK.

And she is about to make her return to ITV as she’s reunited with Ant and Dec on Saturday Night Takeaway tonight (March 20).

Is Cat Deeley still mates with Ant and Dec?

In fact, the trio are about to reunite for Saturday Night Takeaway.

Cat shared a glimpse into their rehearsals on Instagram.

The three are in hysterics, and she captioned the picture with: “ell that was fun! Rehearsals for #Chums with @antanddec for @itvtakeaway.”

As any SMTV Live fan will know, Chums was a Friends-style parody that featured every week on the show.

What a blast to be back together with @catdeeley.

Several of Cat’s celebrity pals rushed to congratulate her on her return to British telly.

Louise Redknapp commented: “My bestest ever ever friend!”

Over on Ant and Dec’s official Instagram they shared the same snap.

With the caption: “We’ll be #Chums forever.’

“What a blast to be back together with @catdeeley rehearsing this week’s End Of The Show Show.”

Where did Cat Deeley live in America?

Cat, now 44, became a household name thanks to her popularity on SMTV Live.

Here she hosted sketches and interviewed celebrities along with Ant and Dec.

But in 2006 she moved to Los Angeles, California, to host So You Think You Can Dance.

Her hosting stint proved a hit in the US and she went on to guest host Live with Kelly and Ryan among other projects.

She’s even done some acting work, playing Camomile in the US series Deadbeat.

She moved to America with her partner Patrick Kielty and the couple married in 2012.

Why did Cat Deeley leave America?

Cat and her family are believed to have relocated back to the UK at some point last year.

They now live in north London.

Speaking to You magazine, Cat said her family got caught up in a US shooting ordeal.

And the trauma of this encounter persuaded them to return to British soil.

She said: “I got a call from Paddy, saying: ‘They’re taking us out through the fire exits but nobody can get to their car. If we walk to a junction, can you come and get us?'”

She described the incident as “terrifying”.

Additionally she said she feared the prospect of school shooters when her sons attended American school.

When is she back on British television?

Cat Deeley is set to appear on tonight’s episode of Saturday Night Takeaway.

The episode kicks off at 7pm.

Once it has aired, it will be available to stream on ITV Hub.