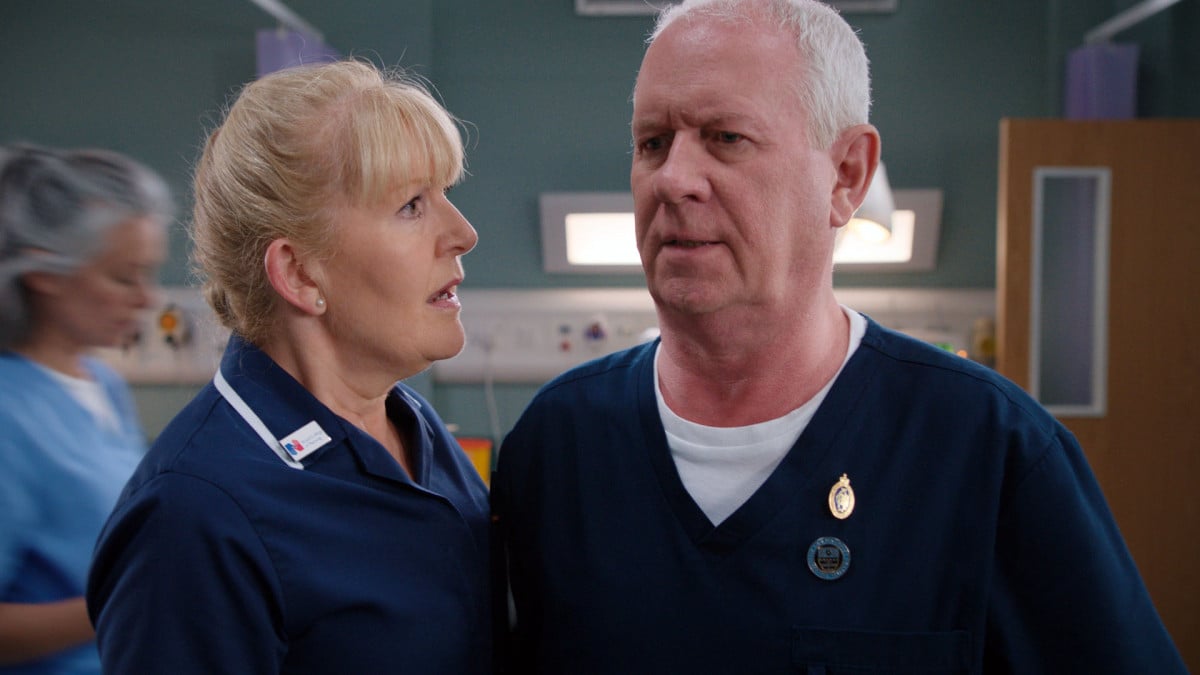 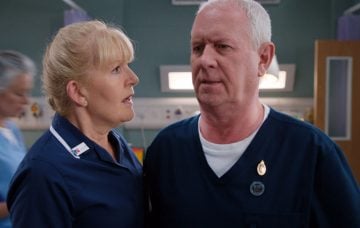 Casualty SPOILER: Upset ahead for favourites Charlie and Duffy

Their marriage is tested...

Charlie Fairhead and Lisa Duffin are Casualty’s very own answer to Romeo and Juliet (apart from the poison bit).

The lynchpins of the ED, the solid couple are the anchor to which all other nurses and doctors cling to when things go awry – but all that might be about to change…

Actress Cathy Shipton, who plays popular character Duffy, has warned of devastation ahead for the fan favourites as their storyline gets darker.

In a recent interview with Inside Soap, the 61-year-old told viewers they need to stock up on tissues for the upcoming scenes, due to air in the next few weeks.

Viewers know that Duffy has been suffering in silence for the last few months, deciding NOT to tell husband Charlie about her depression diagnosis.

Charlie, normally so caring and sensitive to other people’s needs, has been left in the dark about how much his wife is struggling.

The disconnect will lead to Duffy finding comfort with childhood sweetheart Bill in this Saturday’s episode (20 October) – after an incident at work leaves her shellshocked.

Cathy teased : “I can’t say too much, of course. But our producer Lucy Raffety has already gone out there to say that both Duffy and Charlie have a challenging time ahead.

“We’ll be exploring things that will touch a lot of people’s lives, and it’ll all be very relatable. So have the Kleenex ready!”

Asked why Duffy hadn’t confided in Charlie, she added: “I’m sure that people will be shouting at the telly!

“There’s an element of Duffy that’s denying what she’s feeling, believing it’ll just go away – which is human, and I’m sure a lot of people can relate to that. But it’s good to explore.

“People are flawed, and that’s one of the things I love about playing Duffy. She’s good at her job, yet she’s not necessarily good at working out what she needs.”

Long-term friends Charlie and Duffy got married last year in emotional scenes that had fans in tears.

Viewers described the union as “the ultimate love story has its happy ending” and “a match made in heaven”.

So they aren’t going to be happy if their marriage hits the rocks.

Do you think anything can break Charlie and Duffy? Leave us a comment on our Facebook page @EntertainmentDailyFix and let us know what you think!