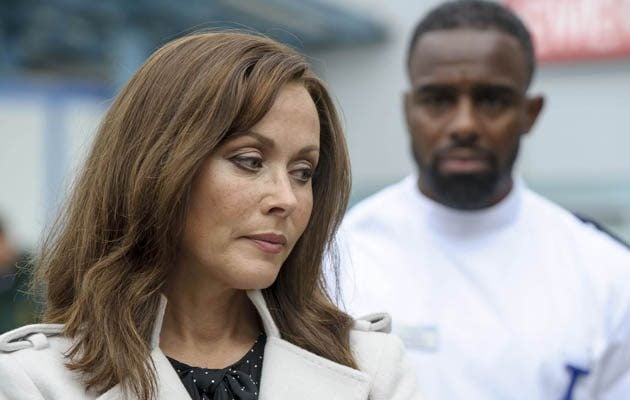 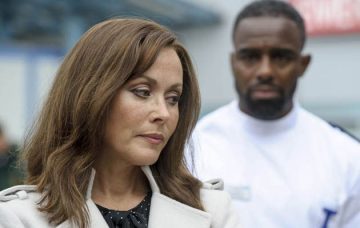 Their on/off relationship has captivated viewers for years, making them the Mulder and Scully of the medical world.

And actor Charles Venn, 44, has hinted that there’s still hope for the couple…

Their professional relationship works well – Connie reigns in Jacob’s maverick ways, while he softens her seemingly cold and heartless approach.

But it’s their simmering sexual chemistry which has viewers hooked, even earning them the affectionate moniker ‘Jonnie’.

They first got together in 2015 but kept it a secret from their colleagues, and later split in April 2016 when Connie’s daughter Grace came between them.

They got back together that summer, again keeping their romance a secret, although they eventually came clean.

After being involved in a horrific car crash, however, Connie made a formal complaint against Elle – Jacob’s ex and the mother of his son Blake – causing Connie and Jacob to split up for good.

But could the pair still reunite?

In a recent interview with Metro.co.uk, Charles teased that they may well find love again…

Connie, played by Amanda Mealing, recently returned to Casualty after an extended break.

On Saturday, his quickstep to Stevie Wonder’s Sir Duke left him and his professional partner Karen Clifton in sixth position, with a score of 25 out of 40.

Would you like to see Jacob and Connie get back together? Leave us a comment on our Facebook page @EntertainmentDailyFix and let us know what you think!