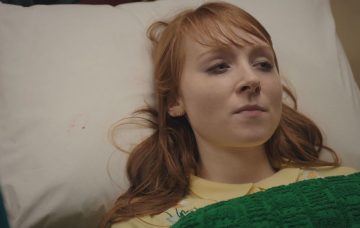 Casualty SPOILER: Bea is forced to make a heartbreaking decision

Is this the end for Bea?

Bea Kinsella’s future is called into question when she is ADMITTED to the hospital as a patient rather than turning up for work in her scrubs.

Even worse, her injuries are alcohol related – she gets steaming drunk, falls over in an alley by some dirty bins and bangs her head in the process, as well as nearly giving herself hypothermia.

Hmmm, you can imagine Ethan’s face when he finds out!

Licking her wounds after Ethan humiliated her in front of her colleagues, 23-year-old Bea goes on a bender and collapses.

Luckily a doorman finds her and calls the paramedics. And Ethan is NOT impressed when he sees her.

While some of her colleagues try to jump Bea up the waiting list for tests, Ethan insists she waits and is treated like other patients.

When the bouncer is later admitted to hospital himself with facial wounds, Bea feels she owes him and tries to help.

Although his wounds appear superficial, he has a stroke and is rushed to resus – with Bea following.

Bea later discovers that the surgery on Shawn – who she misdiagnosed and put in a coma – did not go well.

When a straight-talking Xavier says the situation was avoidable and that some doctors just don’t make the cut, Bea breaks down in tears.

She pens a letter of resignation to Ethan. And his response is surprising…