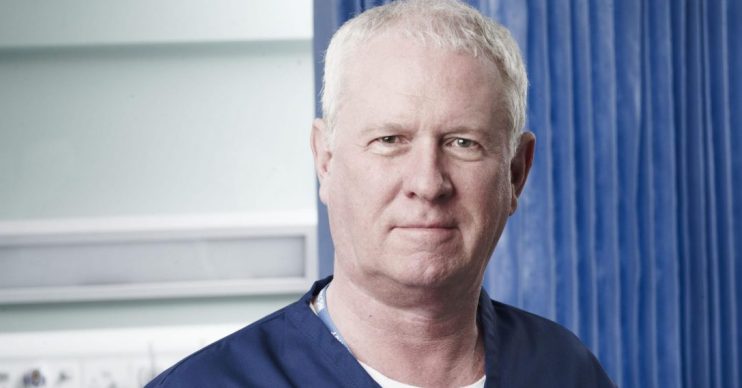 It's the end of an era for Casualty

Casualty viewers are in shock after Accident and Emergency legend Charlie Fairhead quit.

The nurse declared the NHS was “all knackered” in a heartfelt rant about his job as he continues to struggle with the death of his beloved wife Duffy.

Charlie, who is played by Derek Thompson in the medical drama, has been left struggling since nurse Duffy lost her battle to dementia on a cold winter’s night.

Last night viewers saw him reach breaking point as he made a number of mistakes in his job culminating in him walking out of the hospital.

The nurse’s mistakes included a major breach when he failed to register a patient’s Do Not Resuscitate order (DNR) on her file.

This led to the patient being unnecessarily resuscitated after she crashed, with her bringing attention to the mistake when she failed to die.

Kind-hearted Charlie did realise he had made a critical error, but he blamed everyone but himself for it.

He angrily lashed out at colleagues Jacob and Fletch before ranting about the NHS itself.

Deciding he had no future in the hospital after the mistakes and his own personal traumas, he packed up his belongings into a box and walked out.

Even when Robyn tried to stop him, telling him he couldn’t just leave like that Charlie remained steadfast.

Is it the end of Charlie?

“Why not?” he replied. “There’s nothing for me here now.”

However once he got outside he promptly binned his personal belongings and walked away – leaving viewers devastated.

Crushed fans flocked to Twitter with one saying: “Ah here as if things weren’t bad enough, Charlie has walked out on Casualty! [expletive] meeee #Covid_19 #Casualty.”

A second said: “#Charlie leaves, and throws all his possessions over the years in the bin! #CharlieQuits #Casualty.”

A third said: “Did Charlie really just walk away from #Casualty.”

Another commented: “Oh no Charlie has quit and the corona pandemic has landed. We’re screwed. #Casualty.”

A sixth said: “#Casualty won’t be the same now Charlie has left.”

Will you miss Charlie? Leave us a comment on our Facebook page @EntertainmentDailyFix and let us know what you think!