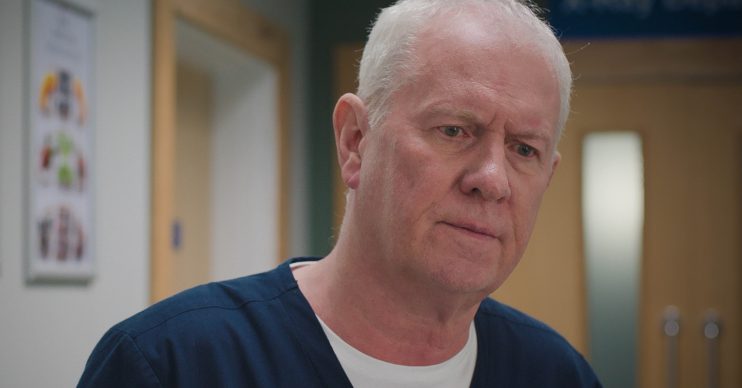 Casualty and Holby City stop filming due to coronavirus pandemic

The BBC revealed the news today

Casualty and Holby City have both suspended filming due to the coronavirus pandemic, the BBC has confirmed.

Filming on all BBC Studios continuing dramas will be postponed until further notice.

The statement read: “In light of the spread of COVID-19, after much consideration, it has been decided that filming on all BBC Studios continuing dramas will be postponed until further notice.

“The decision was made after the latest government update.”

It continued: “We will continue to follow the latest news and advice from the World Health Organisation and public health organisations.”

Casualty star Jason Durr, who plays David Hide, reacted to the news on his official Twitter feed, saying: “Filming on Casualty is suspended due to COVID-19 so I’ve hung up David Hide’s bumbag for a while!

“We shoot three to four months in advance, so drama from the ED will continue on your screens for a few more weeks ahead. Meanwhile wash your hands and stay at home.”

Filming on @BBCCasualty is suspended due to #Covid-19 so I’ve hung up #DavidHidesbumbag for a while!
We shoot 3-4 months in advance, so drama from the ED will continue on your screens for a few more weeks ahead.
Meanwhile #WashYourHands and #StayAtHome x pic.twitter.com/CVcyopiXnP

Fans were quick to respond with one replying: “Casualty, my favourite ever programme. Glad you are all staying safe.”

Another viewer saw the funny side and joked: “Please can I go into isolation with Dr Ethan Hardy please?”

A third added: “That is such a shame but it’s best for you! Stay safe!”

The BBC has also confirmed that production has been suspended on EastEnders, and that the soap will air two times a week from now on instead of four.

It will now air on Mondays at 8pm and Tuesdays at 7.30pm.

The broadcaster said: “We have also taken the decision to reduce the amount of episodes we broadcast each week to two, so that we can ensure the audience can continue to enjoy EastEnders in their homes for as long as possible.”

Meanwhile, ITV has said that it’s “keeping a close eye on the situation and putting our people first” as Coronation Street and Emmerdale continue to film.

They are also reducing their broadcast schedule to ensure they have enough episodes in the bag going forward.

Will you miss Casualty and Holby if it’s taken off air? Leave us a comment on our Facebook page @EntertainmentDailyFix and let us know what you think!