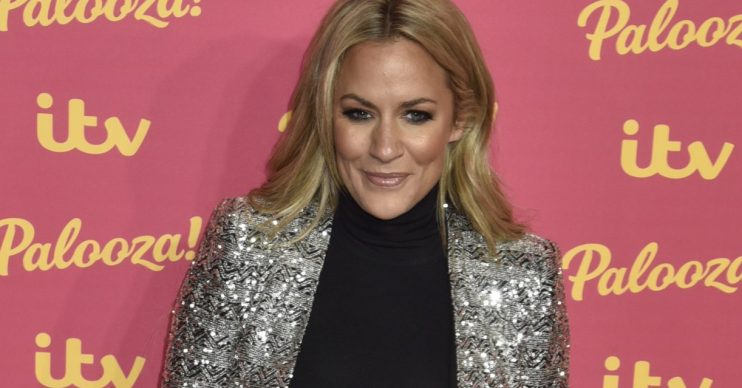 The late star would've 'hated it'

The best friend of late Love Island host Caroline Flack has slammed her other pals for sharing details of private messages she sent them.

On Twitter, author Dawn O’Porter accused Caroline’s various mates, colleagues and acquaintances of a “massive betrayal” for sharing texts from the presenter on social media.

She tweeted: “Can we all just agree that posting Caroline’s personal texts is a massive betrayal?

Can we all just agree that posting Caroline's personal texts is a massive betrayal? Please consider that if for some reason you are thinking of doing it. She'd absolutely hate it.

“Please consider that if for some reason you are thinking of doing it. She’d absolutely hate it.”

Caroline tragically took her own life earlier this month, ahead of a trial over her alleged assault of boyfriend Lewis Burton.

Since then, a number of people close to the star have shared details of private messages she sent them in the run-up to her death aged 40.

Caroline’s ex-boyfriend, Danny Cipriani, revealed his final message exchange with her, as he told followers he had been “grieving hard” since she died.

On Instagram, Danny shared a screen grab of his and Caroline’s last messages on WhatsApp while also taking aim at the Crown Prosecution Service for pursuing her assault trial.

Can we all just agree that posting Caroline’s personal texts is a massive betrayal?

Similarly, Kerry Katona revealed details of a text conversation she had with Caroline, as she broke down in tears while talking about her death in a TV interview.

The former Atomic Kitten grew visibly emotional as she reflected on the advice she gave Caroline – and how she felt she didn’t do “enough” to prevent her taking her own life.

The day after Caroline’s death, Kerry uploaded the private messages she exchanged with her in December after the former The Xtra Factor host asked her how she dealt with cruel remarks from the campaign organisation Fathers 4 Justice.

Another famous face to share details of a private conversation with Caroline was Piers Morgan, who revealed the blunt advice he gave her last year when she text him shortly after stepping down as host of the then-upcoming winter series of Love Island.

The Good Morning Britain host noted how it was “horribly ironic” that his last words of attempted reassurance sent to her mentioned that ‘nobody had died’.

In his column for the Mail on Sunday, Piers said he told her: “So sorry you’re going through hell but having been through a few tough times myself, I can assure you that you’ll get through it… at the end of the day, it’s just bloody telly and nobody died.”