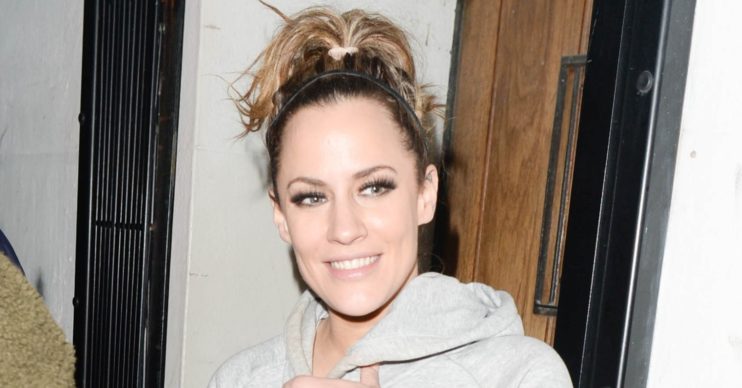 Caroline Flack: Did she leave a suicide note and what did it say?

The Love Island presenter took her own life in February 2020

Caroline Flack tragically took her own life in February 2020, leaving her army of fans utterly devastated – but did she leave a suicide note and what did it say?

The Love Island presenter was just 40 when she ended her life on Saturday February 15 2020.

A new Channel 4 documentary Caroline Flack: Her Life and Death documents her mental health battle and her ultimate belief that suicide was her only way out.

Here’s everything you need to know about the Caroline Flack doc and if she left a suicide note.

TV presenter Caroline took her own life at her London home on Saturday February 15 2020.

Her suicide followed the news that the Crown Prosecution Service was going to pursue a trial on a charge of assault by beating.

This followed an alleged fight with boyfriend Lewis Burton at her flat in December 2019.

Caroline had pled not guilty to the charges.

Lewis, 28 at the time, was not cooperating with the prosecution.

An inquest into Caroline’s death at Poplar Coroners’ Court on Wednesday August 05 2020 revealed she mentioned the former professional tennis player in a note she left.

What did Caroline Flack say in suicide note?

A paramedic found a handwritten note placed on an open magazine on the coffee table, they told the court.

It read: “I hope me and Lewis can one day find harmony.”

Caroline tried to kill herself before her court appearance in December 2019.

The court heard she was in “a very anxious state of mind”.

The Strictly champion explained how her “whole world and future was swept from under her feet” after her arrest for assault.

Read more: Caroline Flack Channel 4 documentary: Her mum reveals she had previously tried to kill herself

Caroline listened to advice not to post the message, but her family decided to release it after her death.

The post read: “For a lot of people, being arrested for common assault is an extreme way to have some sort of spiritual awakening but for me, it’s become normal.

“I’ve been pressing the snooze button on many stresses in my life – for my whole life. I’ve accepted shame and toxic opinions on my life for over 10 years and yet told myself it’s all part of my job. No complaining.

“The problem with brushing things under the carpet is… They are still there and one day someone is going to lift that carpet up and all you are going to feel is shame and embarrassment.

“On December the 12th 2019, I was arrested for common assault on my boyfriend. Within 24 hours my whole world and future was swept from under my feet and all the walls that I had taken so long to build around me, collapsed.

“I am suddenly on a different kind of stage and everyone is watching it happen.”

Caroline Flack: I am NOT a domestic abuser

She continues: “I have always taken responsibility for what happened that night. Even on the night. But the truth is… It was an accident. I’ve been having some sort of emotional breakdown for a very long time.

“But I am NOT a domestic abuser. We had an argument and an accident happened. An accident. The blood that someone SOLD to a newspaper was MY blood and that was something very sad and very personal.

“The reason I am talking today is because my family can’t take it anymore. I’ve lost my job. My home. My ability to speak. And the truth has been taken out of my hands and used as entertainment.

“I can’t spend every day hidden away being told not to say or speak to anyone.

“I’m so sorry to my family for what I have brought upon them and for what my friends have had to go through.

Family and friends pay tribute to the TV presenter in an emotional, intimate and candid documentary celebrating Caroline’s life and legacy.

The one-off documentary hears from those closest to Caroline, including her mum Christine and twin sister Jody.

C4 commissioner Lee McMurray says: “After working closely with Caroline throughout 2019, we agreed to make a film with her that would tell her story and reveal what it’s like to live in the glare of such intense scrutiny.

“Sadly, that film will never be made.

“We hope this project will be a testament to Caroline’s character, work and legacy, and we’re deeply grateful to her family and friends for their involvement.”

Caroline Flack: Her Life and Death airs on Wednesday March 17 2021 at 9pm on Channel 4.