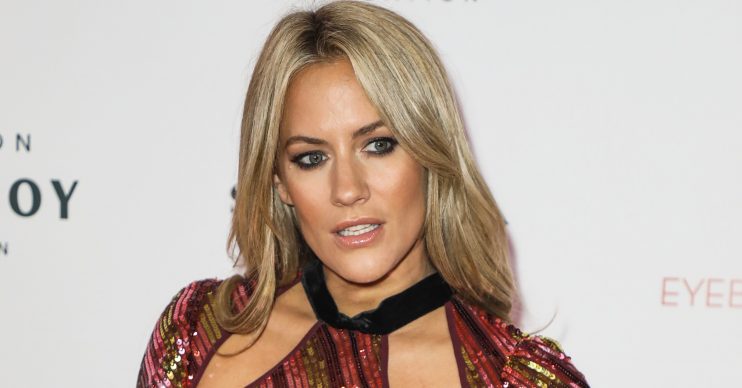 She said she's "glad" Laura got the gig

Caroline Flack has said she’s “glad” Laura Whitmore is replacing her on the next series of Love Island.

On Friday, ITV announced that Laura will be hosting the winter version of the ITV2 reality show next month after Caroline stepped down following her assault charge.

After Laura revealed she was “excited” about fronting the show, Caroline shared a message to her Instagram Stories.

She wrote: “I’m glad it’s Laura… she loves the show as much as I do… again thank you for your continuous messages of support.

“It’s a really tough time but I’m doing all [I] can to keep my head above water and sort this all out.”

I’m glad it’s Laura… she loves the show as much as I do.

Last week, police were called to a “domestic disturbance” at Caroline’s home in the early hours of Thursday morning (December 12) after she allegedly had a fight with her tennis star boyfriend Lewis Burton.

Earlier this week, Caroline released a statement saying “in order to not detract attention from the upcoming series” she feels the best thing she can do is “to stand down for series six”.

She said: “Love Island has been my world for the last five years, it’s the best show on telly.

Today, Laura said in a statement: “To say I’m excited to be heading to Cape Town to host Love Island, the biggest show on television, is an understatement.

“I want to thank ITV for trusting me at the helm of this huge show. I wish it was in better circumstances; Caroline is a brilliant host and also a friend.

“We’ve spoken a lot in the last few days since she stepped down. She has been very kind to me and strongly pushed me for this role.”

She added: “I’ve watched her host every series and know I have big boots to fill. I will try and do it justice.

“Above all, I am a massive fan of this show. I’ve never been to a Love Island villa, and I can’t wait to get in there to meet all the new Islanders looking for love.

“The Love Island team are the best in the business… including the voice and heart of the show, Iain. He thought he was getting a holiday away from me… not a chance!”

The winter version of Love Island starts on January 12, 2020.