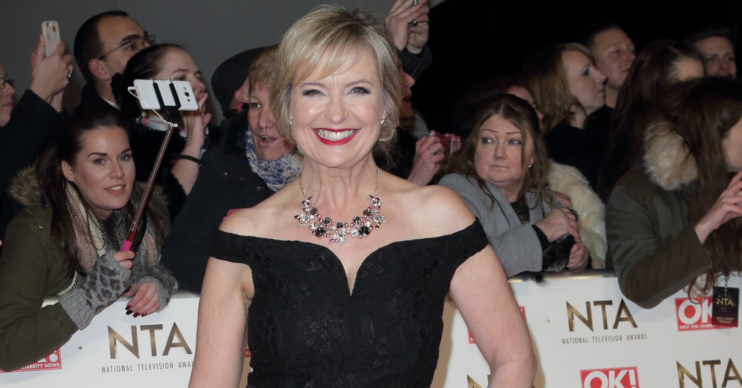 She denied any involvement

Carol Kirkwood previously found herself embroiled in a photo scam with a website claiming to have “explicit, close-up” photos of her.

The sordid claims emerged in 2017, with the BBC Breakfast weather presenter denying any knowledge of the seedy file-sharing site.

Carol’s name was listed on the website as a ‘UK BBC weather presenter’.

A source told The Sun at the time: “This will be a huge shock for Carol.

“She is just a nice normal woman and not used to be named in such a way.”

But despite the vile claims, the BBC completely rejected the possibility of any images existing.

This will be a huge shock for Carol.

A spokesperson told Express.co.uk: “These are false claims. Any photos this website has are fake.”

Although no snaps were ever actually leaked, Carol, 60, was named – as well as a host of other celebs.

According to The Sun, Corrie actress Kym Marsh was also a victim.

But recently, things have most definitely got better for Carol – who is a guest on this week’s Saturday Kitchen.

In May, her partner and “soulmate” Steve proposed during a romantic picnic on a riverbank. The couple both met in their fifties, after Carol’s “shock” divorce from her husband of 18 years.

The former Strictly star married cricket player Jimmy Kirkwood in 1990. When they split, she spent years alone with her cat, Donald.

But everything has fallen into place for the glam weathergirl, who joked earlier this week that she almost ruined the proposal.

Appearing on The One Show on Monday, host Ronan Keating asked how Steve popped the question.

She replied: “He took me by surprise! We went for a picnic down by the river and we were just sitting there and you could see he was fumbling a bit.

“And I thought, ‘What’s the matter with you?’

“And the next thing, he’s on his knee and he had the ring and he proposed!”

But she couldn’t believe what was happening.

Carol added: “I thought he was joking. I ruined it.