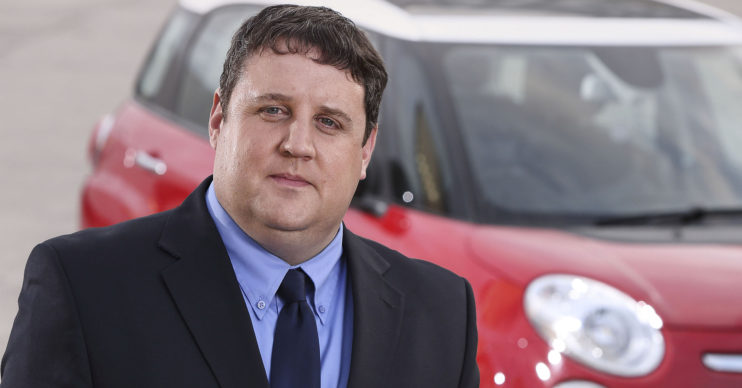 It's coming back in May

Comedian Peter Kay has told fans he is “thrilled” to hear his comedy series Car Share is heading to BBC iPlayer.

The Bolton-born funnyman’s sitcom, in which he co-stars alongside actress Sian Gibson, returned for a one-off, audio-only special earlier this month.

And now, all 12 episodes of the original two series will be made available as a boxset from May 15.

The programme will also be shown on BBC One.

Speaking about the announcement on Facebook, Peter, 46, said: “I’m thrilled, it really couldn’t be shown at a better time.”

And Shane Allen, Controller of BBC Comedy, said of the news: “Car Share was one of the major comedy hits of the last decade. [It] is just the tonic for our times as we join John and Kayleigh on their laughter-filled journeys to work and also towards one another’s hearts.”

Ahead of the one-off special airing, Peter expressed his wish that it cheer Brits up during the coronavirus lockdown.

He explained: “It’s a horrific situation right now we’re all going through. Like so many I felt compelled to try and do something positive in an effort to cheer people in some way.

“Sian Gibson, Paul Coleman and myself got together via t’internet and wrote a new short episode of Car Share in an effort to try cheer people up.

It really couldn’t be shown at a better time.

“It’s all happened very quickly, in fact it didn’t exist a week ago. Obviously we weren’t able to film anything because of the lockdown. But I hope people will use their imagination and enjoy listening.”

“Here’s hoping people enjoy having John and Kayleigh back. Lord knows we need it right now.”

Read more: The Big Night In: Peter Kay’s comeback appearance leaves fans emotional as he proves he’s still ‘one of us’

It centred on John (Peter), an assistant manager at a supermarket, and his colleague Kayleigh (Sian). As part of the story, the pair participated in a company car-sharing scheme.

Earlier this month, Peter delighted fans when he returned to screens briefly for an appearance in BBC charity show The Big Night In.