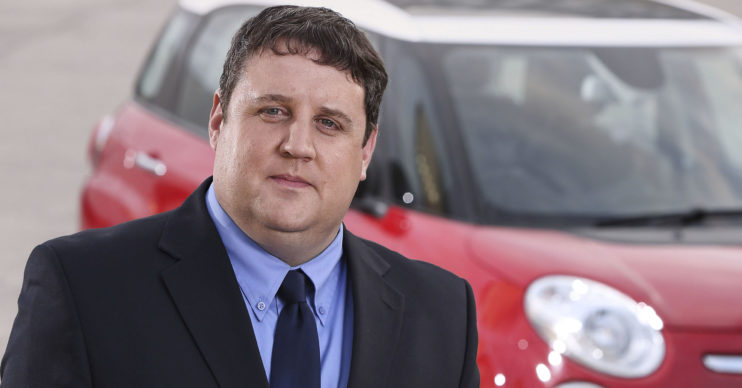 Many people defended the funnyman

The BBC has reportedly received a slew of complaints about a breastfeeding joke Peter Kay made during an episode of Car Share.

The legendary comedian teamed up again with actress Sian Gibson for a one-off, audio-only episode of the sitcom to help Brits through the lockdown.

But according to BBC data, one part of the episode didn’t appear to go down too well with some viewers.

Which segment did people complain about?

The broadcaster reported that, in total, 175 people complained about the Car Share episode. The complaints were about what it referred to as ‘an offensive reference to breastfeeding and/or bias against breastfeeding’.

In the episode, John (played by Peter Kay) and Kayleigh (Sian Gibson) were discussing soft-play facilities when Kayleigh revealed she saw a woman breastfeeding a three-year-old child.

John asked, “How do you now he was three?” and Kayleigh told him, “He had balloons”.

There are so many things wrong with this.

When John asked if that’s “what you call them”, she replied: “Swear down. Hanging off the [bleep] with his teeth in Timberlands.”

John then said there is a “time and a place” for it, adding: “I am surprised his mum wasn’t in tears with a three-year-old gnawing at her, they have proper teeth at that age, she must have been in agony.”

He also said he understands “breast is best” but insisted “you have got to draw the line somewhere”.

Parents took to Mumsnet.com to discuss the segment. And despite the numerous complaints to the BBC, most in the comments appeared to defend the programme.

The user who started the discussion wrote: “The language used to describe something so natural was absolutely abhorrent. There are so many things wrong with this.”

What did people say?

But someone replied: “Is nobody allowed a different opinion from you? It’s a comedy, you know where things can be made fun of.”

Another said: “It’s a comedy. We shouldn’t police what’s comedy/funny.”

When news of the one-off episode broke earlier this month, Peter revealed his wish to spread cheer during lockdown.

He said at the time: “It’s a horrific situation right now we’re all going through and like so many I felt compelled to try and do something positive in an effort to cheer people in some way.

“Sian Gibson, Paul Coleman and myself got together via t’internet and wrote a new short episode of Car Share in an effort to try cheer people up.”