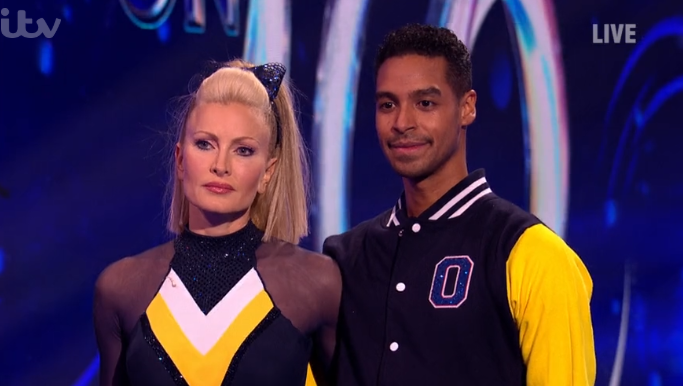 She was given a new partner recently

Caprice Bourret has reportedly quit Dancing On Ice as she’s struggling to move on from her fallout with Hamish Gaman.

On Friday, Hamish broke his silence and told fans he’s “not okay”.

Now, it’s been reported that Caprice didn’t turn up to rehearsals on Saturday with her new partner Oscar Peters.

When her kids are coming home from school upset because other kids are repeating lies about their mum, it’s hard not to let it affect you.

A source told the Daily Star on Sunday: “She’s a strong woman, but when her kids are coming home from school upset because other kids are repeating lies about their mum, it’s hard not to let it affect you.”

The publication claims the model has seen a medical professional “a number of times over the past two weeks amid fears for her mental wellbeing” and she was advised not to continue.

Last month, ITV spoke out on the claims Caprice and Hamish had clashed behind-the-scenes.

A spokesperson told ED!: “We take allegations of bullying very seriously but found no evidence on Dancing On Ice and we strongly refute any suggestion to the contrary.

During one of the shows last month, hosts Holly Willoughby and Phillip Schofield revealed Hamish and Caprice had “parted ways” but didn’t offer any more explanation.

The following week, Caprice skated with her new partner Oscar and branded him “amazing”.