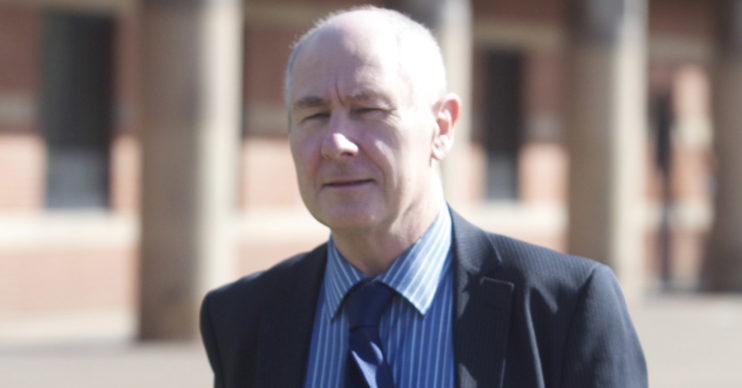 Canoe Man John Darwin’s fatal error that got him sent down, from cop who caught him

The detective has revealed his mistake

TV drama The Thief, His Wife and The Canoe telling the story of conman John Darwin and his wife Anne hits our screens tonight (Sunday).

The incredible story is based on a book written by former Cleveland detective Tony Hutchinson.

He originally investigated the couple who raked in £500,000 in life insurance after Darwin faked his own death at sea.

The elaborate scam 15 years ago went so far that they had to tell their sons that their father was dead.

A huge rescue operation took place in the North Sea, but Darwin was hid himself in their guesthouse in Cumbria.

John Darwin could have got away with it

Their cover was blown after they moved to Panama and were pictured in an estate agent’s office.

On his return to the UK he carried on the lie claiming he was suffering from amnesia.

But police moved quickly to arrest him before the picture which was found on the internet made it to the newspapers.

John Darwin may have escaped justice if he had not given himself up 15 years ago according to Tony Hutchinson.

The couple, who lived in Seaton Carew, Co. Durham, were later each jailed for fraud and sentenced to more than six years in July 2008.

The ITV drama, which runs over four consecutive nights, stars Eddie Marsan and Monica Dolan, and borrows from Tony’s book of the same name.

He says in the book: “My colleague Gary Dolan had opened a cold case review and was re-examining the evidence when Darwin walked into a London police station in December 2007.

“But there was no extradition treaty between the UK and Panama – unless for murder.

“If he had not flown home to stage his resurrection, the infamous photo of him and Anne in the estate agent’s office would probably never have emerged.

“To say he was coming home to see his boys again was a complete lie: he really didn’t give a flying fig.

“If he wanted to be part of their lives again, as he claimed, how come he is now living in Manila and has not even seen his grandchildren? He now has four. It was definitely a visa issue which brought him back.

“He presented himself as confused as to why Christmas decorations were everywhere; he tried to pretend that he thought it was June, not December, in London.

“His amnesia act had begun. Not for one minute did I believe it: five years, a death certificate, multiple payouts, all distilled down to amnesia.”

The Thief His Wife and The Canoe