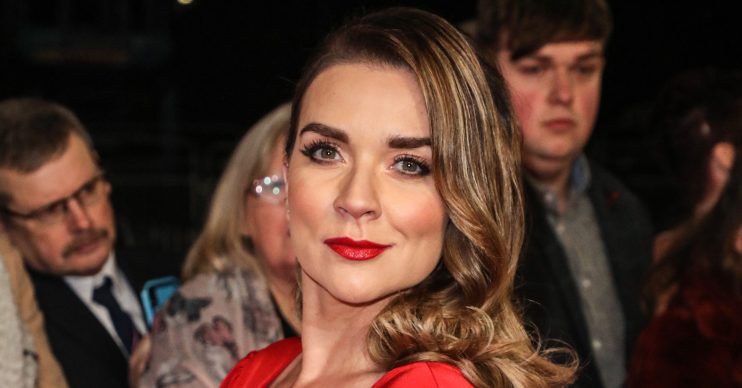 Viewers were in shock when Sandi Toksvig quit The Great British Bake Off earlier this year after three years.

Ever since then, rumours have swirled about Sandi’s replacement.

Now, it seems former winner Candice Brown has emerged as a possible replacement, with reports claiming that bosses are lining her up for a screen test.

Candice, 35, won the show back in 2016, beating out the likes of Andrew Smyth and Jane Beedle.

If Candice did return to the show – this time as co-host – she would be working alongside Noel Fielding, who started work on GBBO when it switched over from BBC One.

Candice is one of the people we are interested in seeing for a screen test.

A source told The Sunday Mirror: “Candice is one of the people we are interested in seeing for a screen test.

“She was a hit with viewers thanks to her bubbly personality, and she obviously knows what she’s talking about when it comes to baking, too.

“It is still early days but the bosses are now singling out a number of women and Candice’s name has come up.”

The newspaper also reported that last week, judge Prue Leith revealed how Noel, 46, will have the final say on Sandi’s replacement.

“Noel is very spiky and funny, Sandi was perfect for him, so it is really hard.”

It was reported that judges Paul Hollywood and Prue, as well Noel, have signed up to the show for another three years.

All pud things come to an end. The upcoming series of The Great Stand Up To Cancer Bake Off will mark the end of Sandi’s magnificent stint as a presenter on the show. We would like to thank her for all the wonderful memories and wish her the very best for the future. #GBBO pic.twitter.com/aEnEu00fqu

It was reported that Sandi, 61, had been ‘desperate to leave for ages’ before she quit.

The Sun reported that Sandi often ‘hid’ in her dressing room, which ‘sparked tension’ on the set.

The newspaper quoted an insider, who said: “She spent most of her time hiding out in what looked like a bijou shepherd’s hut she’d had set up, knitting on her own — and quite often grumbling about it all.

“As time went on it sparked some real tensions and everybody felt uncomfortable. By the end of the last series it was obvious she wanted out as soon as possible. The only surprise is she didn’t walk sooner. This has been on the cards for ages.”

Leave us a comment on our Facebook page @EntertainmentDailyFix and let us know what you think of the new series.