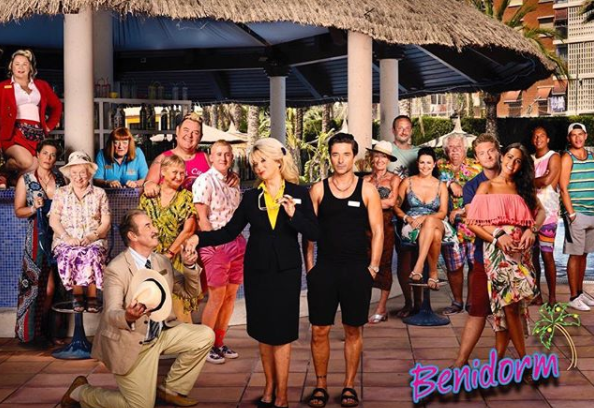 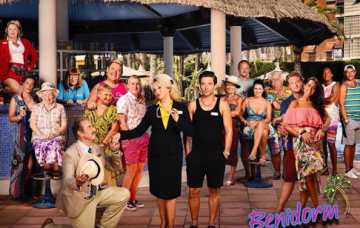 Cancelled ITV comedy Benidorm to be made into a movie

Sherrie Hewson has revealed there are plans afoot

The cast of cancelled comedy Benidorm are reuniting for a movie, according to Loose Women‘s Sherrie Hewson.

The ITV show was axed in 2018 after 10 seasons but star Sherrie – who played Joyce Temple-Savage, the manager of the Solana Hotel – has revealed that it is set to make a big-screen comeback.

Read more: ITV drama to return after over 10 years away

She told The Sun Online: “I know it’s quite sad that Benidorm is gone but we are going to make a film and I assume there will be another tour.

She went on to reveal the film will be made next year and would “only take eight weeks”.

“It’s such a wonderful show and I love Joyce Temple Savage,” she added. “I love everyone in it – we all keep in touch.

“Benidorm’s a kind of a phenomenon really because there’s never been anything like it and there won’t be ever again.

“People would come out for a week and end up staying for the entire time because it’s so much fun.

“It’s one of the best jobs you could ever have because everyone had such a wonderful time.”

Several big-name stars made appearances in Benidorm over the years, including Dame Joan Collins, Cilla Black, Tony Hadley, and Only Fools and Horses actor John Challis.

Creator Derren Litten previously revealed that following the success of a stage production based on the show, his friend Shane Richie encouraged him to write a film.

He said: “Shane Richie came to see our touring show Benidorm Live and said, ‘That’s the movie, right there.’

“I’d always declined the offer of meetings regarding a Benidorm movie but the stage tour is proving so popular and the story I came up with would work so well as a film to tie up the end of the TV series we’ve put the wheels in motion.”

And the director claimed there’s even a “very big American movie star” who is keen to be a part of the sunsoaked saga.

He added: “We already have interest from a very big American movie star who apparently is a fan.

“British movies are notoriously difficult to fund but if it does happen, you can blame Shane Richie.”