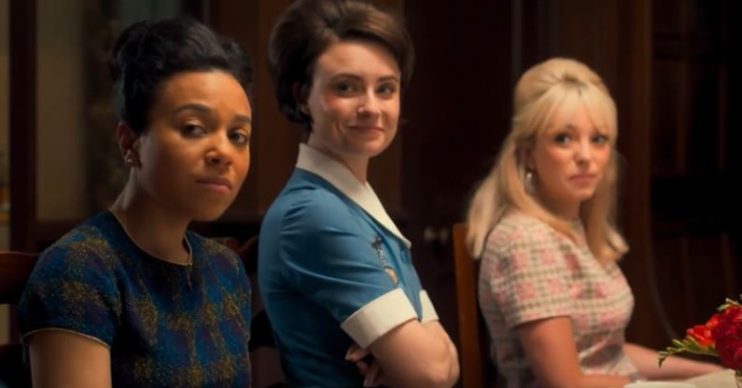 Call the Midwife: When is series nine on and who is in it?

Take us back to Nonnatus

The BBC’s Call the Midwife is set to return to our screens, bringing viewers back to Nonnatus House for a ninth series of the hit period drama.

Actress Helen George, who plays nurse Trixie Franklin, posted an emotional update on Instagram this week (11.10.19) as she revealed her part in the filming process was over.

She wrote, alongside a snap of her character’s uniform: “Hung up my nurse’s uniform tonight for the last time this year. What an amazing crew we have, they work so incredibly hard for our show and it’s always sad to say goodbye each year. Series nine almost delivered.”

But what do we know so far about the next installment? Which cast members are back? And what will it be about?

Here, we’ve listed everything you need to know ahead of your return to Poplar.

Who’s back for Call the Midwife series nine?

The new season is expected to bring back all the favourites, including Jenny Agutter’s Sister Julienne and Miriam Margolyes as Mother Mildred.

It's Happening!! Filming for #callthemidwife Series 9 and the new Christmas Special has just begun !!! 🙌 🎬📽️Here's @EllaBruccoleri with the traditional first scene clapperboard… and one of our little stars 👶 🍼 ❤️❤️❤️ pic.twitter.com/SmSmYMgMlX

Season eight centred on women having to undergo illegal abortions due to the procedure not being available legally on the NHS, and the subject looks set to be explored further in the new series.

A synopsis for the upcoming Christmas special, and what to expect after, was shared by the BBC in May.

“This year’s Christmas special will see the team take their work to the Outer Hebrides,” it read. “Led by Mother Mildred, they embark on a trip to the remote yet idyllic Scottish island, where residents have a desperate need for nurses and midwives. Exposed to the elements, they operate in bleak conditions with limited access to water and electricity to help their patients, just in time to reconvene in Poplar for Christmas.”

Series nine, the synopsis revealed, opens with Winston Churchill’s funeral in January 1965 and sees the beloved medics and midwives facing “unexpected challenges” as London develops and “population shifts, rules change, and old diseases come back to haunt them”.

When is series nine of Call the Midwife on?

An air date is yet to be revealed, although the end of series eight confirmed that Call the Midwife would be back for a Christmas special in 2019.

Judging by previous years, the new series will likely run for eight episodes in early 2020.

Will there be more series of Call the Midwife?

Call the Midwife’s creator, Heidi Thomas, has said she thinks the characters have more to tell.

She explained in March, via the BBC: “Even after all these years, it still feels as though Call the Midwife has more truth to tell, more tears to cry, more life to celebrate, and more love to give. We are blessed with the best cast, crew, and audience a show could wish for, and I could not be more excited about our future.”

Heidi, who was forced to deny plans to step away from the show earlier this year, is known to be working on another three seasons, including series nine, and three Christmas Specials.

Are you looking forward to the new series of Call the Midwife? Leave us a comment on our Facebook page @EntertainmentDailyFix and let us know.