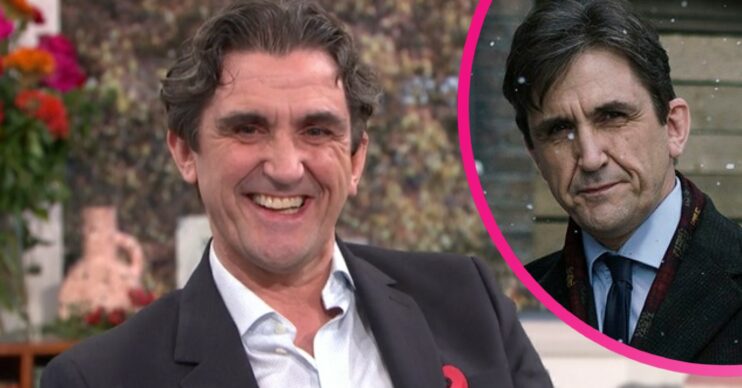 Call the Midwife star Stephen McGann has revealed that the show’s Christmas special is set to be a “biggie”.

The 58-year-old actor is best known for playing Doctor Patrick Turner in the BBC One medical period drama series.

Appearing on This Morning yesterday (November 12), Stephen gave a small hint over what to expect from the highly-anticipated episode.

Call the Midwife: What did Stephen McGann say?

Call the Midwife will celebrate its 10th anniversary in January next year.

And Stephen revealed that viewers should expect something huge from the Christmas special.

During the chat, the actor also opened up on working alongside Max Macmillan.

“And the lovely thing is because we’ve got so much history, watched my kids growing up, he’s just in this Christmas special – without telling you too much – he has his own nice little plotline, because he’s a fully grown adult now.

Meanwhile, it follows shortly after Jenny Agutter hinted that the series may be coming to an end.

Is the BBC One series coming to an end?

The actress – who plays Sister Julienne – revealed that historial changes in the midwife community could effect the show’s future.

Jenny told AssignmentX.com: “I think, unlike EastEnders, Call The Midwife is something that belongs as a complete piece of just over a decade or so.

“That whole sense of the midwife in the community changes and then birth control takes much more effect.

“So it will not continue in the same way.

However, there is still a lot for fans to look forward to.

The special will likely air on December 25 on BBC One ahead of season 11 premiering in 2022.

Meanwhile, viewers will be thrilled to see Miriam Margolyes back for the festive special.

The actress has played Sister Mildred in the BBC drama since 2018.