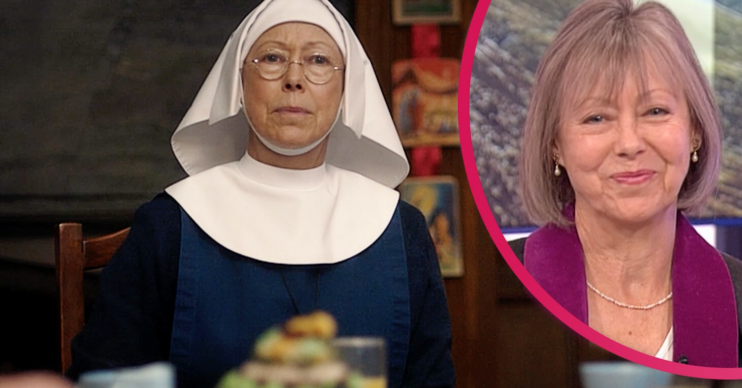 The Call The Midwife Christmas special got some flesh on its bones thanks to Jenny Agutter on The One Show last night (Thursday November 25).

Jenny, appeared on the show and introduced a clip from the festive episode.

What did Jenny say about the Call The Midwife Christmas sepcial?

Jenny teased the Call The Midwife special and dropped a spoiler.

“We find ourselves overwhelmed by the amount of births coming up and not enough people to take care of it. We’re running out of midwives.”

Jenny also said that a personal issue influenced one of the show’s storylines.

“Coming into the early 1960s it became possible to test for cystic fibrosis, which is something that has affected my family.

“My niece has cystic fibrosis… so I put this to [creator Heidi Thomas] and she created a wonderful story about a child not being well and not knowing what it was.”

What did the clip show?

In the clip itself, viewers saw Nurse Phyllis enter the dining area at St Nonnatus and told Sister Julienne some disturbing news.

St Cuthbert’s were in contact to tell them that they were to be assigned 20 extra patients over the festive period.

So it looks as though the nuns and the midwives will have their hands full this Christmas.

What else has been revealed about the Christmas special?

Earlier this week, the show released the first image from the Christmas special.

A Nativity-style scene, it showed Trixie, Sister Bernadette and Lucille standing over an adorable baby dress in full festive gear.

Read more: Call The Midwife Christmas special releases first image and fans are seriously beside themselves

It was Robert – a Down Syndrome tot featured at the end of series 10.

“…to play the role of baby Jesus in our iconic Christmas photo,” creator Heidi Thomas said.

“He is growing fast, and is as adorable as ever!”