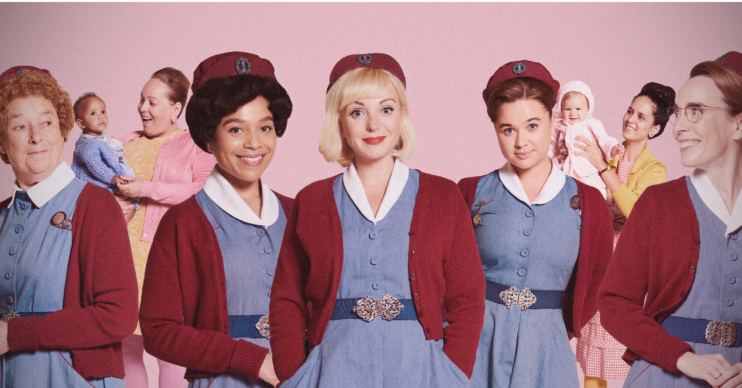 The BBC series is returning!

Call the Midwife has teased fans about what to expect for series 12 of the hit drama.

However, it was the caption that fans should pay attention to.

Within it, the show teased that the Call the Midwife cast had been busy filming a “lavish” event this week in the unexpectedly sunny British weather.

However, that’s where the teasing sadly came to an end.

The caption read: “Well, what beautiful weather we’ve been having! Our cast and crew have been basking in some unexpectedly fine days of filming for Series 12 – very welcome!

“As you know, we regularly feature the changing seasons each year by marking the traditional festivals in our drama. Christmas, Easter, Summer fetes, Autumn fireworks – each one marks another page in the story of our characters through time.”

Behind the scenes on #CallTheMidwife Series 12: Hello sunshine! https://t.co/uQJW4Rh4AC pic.twitter.com/Sl4cC2BJ5l

It continued: “This year is no different – and this week has featured a rather lavish outdoor event at Nonnatus House. So imagine how pleased we all were to be greeted by hot sunshine instead of rain!! Like most stalwart Brits, we keep going, whatever the weather – but we admit that being a little hot under the collar is far better for filming than feeling soggy and washed-out!”

Sadly, fans are going to have to wait until nearer the time to find out just what the Turner men are up to.

Read more: Call the Midwife viewers insist ‘stressful’ finale was ‘too much’

“Stephen McGann, who plays Dr Turner, sent this lovely selfie of himself with young Ned Shaw, who play his son Teddy. But what are those two Turner boys up to? You’ll just have to wait and see!” added the caption.

Stephen previously revealed that some familiar faces will be returning to the upcoming 2022 Christmas special.

Talking to the Radio Times, Stephen said: “Starting with the Christmas special, what I can say is that there is a return of some familiar characters from the past, in a very moving way.

“I think it draws on its own history again, but there’s a lot of joy at Christmas as usual. But there’s also a great story there too, and it’s been really enjoyable to do.”

Call the Midwife will return at Christmas on BBC One and BBC iPlayer.

What did you think of the Call the Midwife series finale? Leave us a comment on our Facebook page @EntertainmentDailyFix.