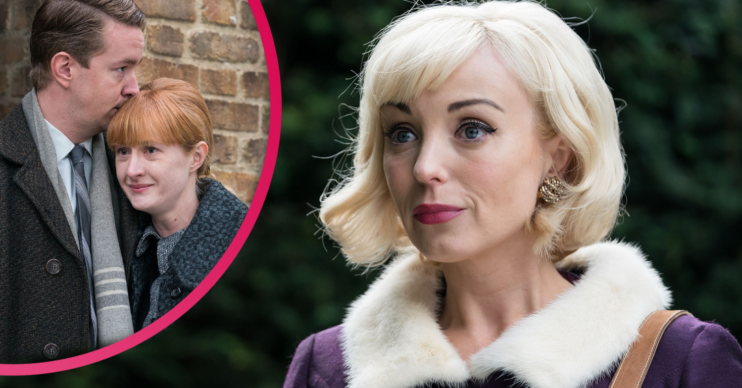 And what a first episode!

The award-winning period drama returned for its 10th series and viewers were beside themselves with joy.

However, like previous series it provided another emotional rollercoaster.

What happened in the first episode of series 10 of Call The Midwife?

It introduced viewers to two friends and next-door neighbours who were pregnant at the same time.

But there was tragedy awaiting one of the couples – Derek and Audrey.

Read more: Call The Midwife: Who plays Audrey and Derek Fleming and where have you seen them before?

It turned out Derek and his next-door neighbour friend Phil served on Operation Grapple in the Christmas Islands during the mid-to-late-1950s and were exposed to deadly radiation during nuclear bomb tests.

It was a heartbreaking but fascinating story.

I’m so happy my favourite tv show is back! I have been looking forward to this for so long! #callthemidwife

I'm so happy #CallTheMidwife is back on, some may think is sad but I love it and having little things to focus on is what I need right now

It wasn’t long until Call The Midwife fans flooded Twitter, overjoyed that their favourite programme was back on the box.

One fan said: “The tea is ready and I am SO excited to have my favourite programme back #CallTheMidwife.”

“Difficult episode to watch (I swear I cry every time) but amazing to have call the midwife back,” another wrote.

I’m so happy #CallTheMidwife is back on.

A third commented: “I’m so happy #CallTheMidwife is back on.

“Some may think is sad but I love it and having little things to focus on is what I need right now.”

Will there be more Call The Midwife after series 10?

The good news just keeps on coming for Call The Midwife fans.

Before the series 10 premiere last night, the show told fans that the BBC had recommissioned for a further two series.

Taking to Facebook, the show said: “We are THRILLED to announce that ahead of our launch of series 10 on Sunday, the BBC have just officially confirmed our drama series up until series 13!”

“This amazing news comes as we celebrate 10 years of our drama – and now means that Call The Midwife will be on air until 2024!”