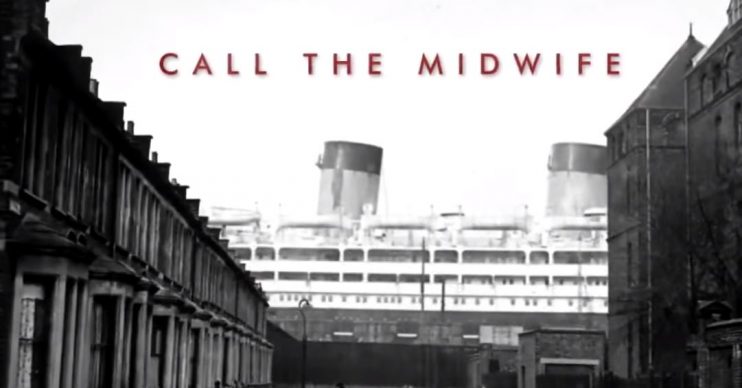 The BBC show Call The Midwife has been forced to defend itself after being accused of “recycling actors”.

After the ninth series kicked off on Sunday night (January 5), the hugely popular period drama was questioned by fans about the use of the same actress twice.

During the episode, in which Dr Turner and Nurse Crane dealt with an alarming outbreak of diphtheria, actress Emma Lowndes appeared as new mum Brenda.

Call The Midwife [is] recycling actresses!

And after the show aired, some eagled-eyed fans thought they spotted the SAME actress appear as another character in a previous series.

One wrote: “Call The Midwife [is] recycling actresses!! Series nine, episode one had the woman who had all her teeth out as a different character!”

Yet another viewer believed the same, tweeting: “Now this is bugging me. Is that the same actress who played the mum who Trixie took to the dentist?”

We can confirm that Emma played Brenda, and even shared her excitement about her role on her Instagram account.

Here I am playing Brenda on Call The Midwife. I don’t think they had iPads back then but they certainly had sturdy shoes. She was so so lovely to play. Catch her tonight at 8pm on BBC 1. #callthemidwife #trailerselfie #bbc1

Alongside a behind-the-scenes shot of herself in costume, she wrote: “Here I am playing Brenda on Call The Midwife.

“I don’t think they had iPads back then, but they certainly had sturdy shoes. She was so so lovely to play. Catch her tonight at 8pm on BBC1. #callthemidwife #trailerselfie #bbc1.”

Meanwhile, the woman Trixie took to the dentist was called Chrystal Williams and played by Laura Elphinstone in 2017 – who, just to confuse things, most recently starred in the last series of Line Of Duty and Game Of Thrones.

In an amusing coincidence, both actresses star together in the upcoming film Military Wives, opposite star attractions Kristin Scott Thomas and Sharon Horgan.

The film, released in March, tells the heartwarming true story of Gareth Malone’s attempts to bring together a choir of military wives.

This week, fans of Call The Midwife praised the show for tackling the subject of post-childbirth incontinence, which can be “embarrassing” and “upsetting” for so many women.

Well, look what I just found! A movie in which both of them appear 😄 They’re even on either side of the poster https://t.co/SHpprqcCX6@EmmaMerrells @lauraelph pic.twitter.com/L4q1frbO9l

It was a case of obstetric fistula, which according to the Fistula Foundation is a hole between the vagina and rectum or bladder caused by prolonged obstructed labour, leaving a woman incontinent of faeces, urine or both.

Reacting to the emotional scenes on Twitter, one viewer said: “I’m so glad to hear #CalltheMidwife had a case of #obstetricfistula on the show tonight. It is such an important topic and one that hits very close to home.”

Do you enjoy watching Call The Midwife? Leave us a comment on our Facebook page @EntertainmentDailyFix and let us know what you think!