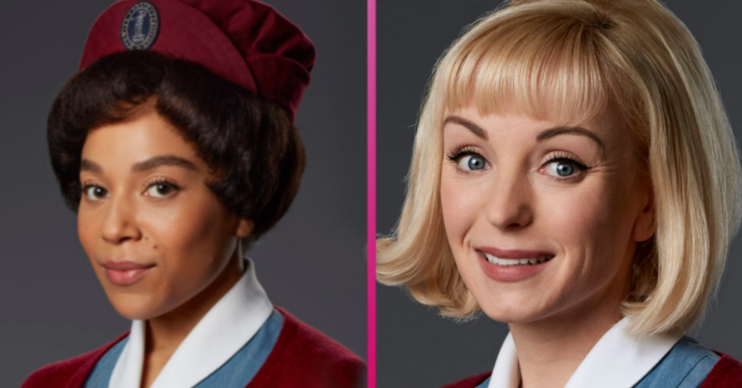 We're counting down the days...

First-look image from the Call The Midwife Christmas special have been unveiled by BBC One.

And that’s good news for fans of all the comings and goings at Nonnatus House – not least because there’s the tease that at least one character who we haven’t seen for a while is coming back.

What are the images from Call The Midwife Christmas special?

The show’s official social media feeds broke the news about the seasonal special.

It said: “Hello all! Today we got our hands on the very first sneak-peek pictures of the new Call the Midwife Christmas Special – featuring Daniel Laurie (Reggie) And Leonie Elliott (Lucille)!

“Reggie… are those pyjamas you’re wearing… in snow?? Does that snowman have pointy ears? How adorable is Lucille in green!!

“Of course, we’re not going to tell you what happens in this episode, except to say that our own lovely Lucille has a LOT to prepare for…

“We are all very proud of this year’s Christmas episode, and just can’t WAIT for you to see it!

What else is happening in the Call The Midwife Christmas special?

Hopefully we’ll find out what happened to her and Matthew, and whether a romance blossomed.

We also see an image of Mother Mildred (Miriam Margolyes) who was absent in series 10 but looks to be making a return for the special.

At the end of that series Lucille and Cyril announced they were planning a Christmas wedding.

With another image of Fred smiling in a Christmas market, let’s hope it’s joy and peace to all men and women in Poplar this Yuletide.

Another December baby on the way…

There may be more good December news for one of Call The Midwife’s stars.

Helen George – who plays Trixie – is due to give birth to her second child in the Christmas month.

Read more: Helen George and husband Jack Ashton are expecting their second baby – and the Call the Midwife star is ‘terrified’

However, despite an avalanche of congratulations when she announced the news on social media, she admitted she was “terrified”.

Helen and husband Jack Ashton already have one child, daughter Wren, who was born in 2017.