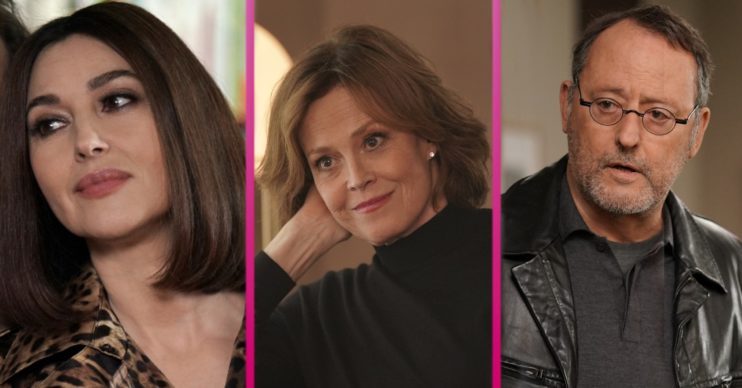 Call My Agent! celeb cameos: All the guest stars in the French comedy-drama series

Have you watched yet?

Call My Agent! features celeb cameos galore, as stars line up to appear in the Netflix hit.

This quirky French comedy-drama was a hit on French television, and ran for four seasons.

Now available on the streaming platform, new viewers are taking note of the many celeb cameos featured in Call My Agent!

Read on to find out which major stars make an appearance and more about the show..

What is Call My Agent about on Netflix?

Call My Agent! focuses on a Parisian celebrity agency, A.S.K, that is constantly bending over backwards to keep their celeb clients happy.

Read more: Why Call My Agent! is a must watch on Netflix

In particular the show revolves around agents Mathias, Gabriel and Andréa – who each have their own temperamental stars to manage.

Which celebrities make cameos on Call My Agent?

Call My Agent? features many celebrity cameos. However, many are celebs almost exclusively to French and may mean little to the average UK Netflix viewer.

Read more: Why Lorraine Kelly is obsessed with Bling Empire

Each celeb cameo plays an exaggerated version of themselves, typically with hilarious results.

Therefore we’ve rounded up the most noticeable cameos and where you’ve likely seen them before:

This big-name French actress has starred in the likes of Chocolat, The English Patient, Dan in Real Life and Cosmopolis.

She is best known for starring in Spectre, The Apartment, Matrix Reloaded and Tears of the Sun.

This major Hollywood star is perhaps most famous for starring in the Alien movies.

And also for her movie roles in Avatar, Galaxy Quest and the Ghostbusters films.

He is a French-Moroccan actor who is particularly well-known for starring in Leon: The Professional. As well as for his roles in the likes of Godzilla, The Da Vinci Code and Mission: Impossible.

Jean Dujardin appears in series three episode one and also episode six of this series.

He is perhaps best known for starring in the the silent movie The Artist. This won him the Oscar for Best Actor – a first for any French actor.

This French actress has starred in films such as The Piano Teacher, Greta, I Heart Huckabees and The Bedroom Window.

How to watch Call My Agent!

All series and episodes are available to stream on Netflix now.