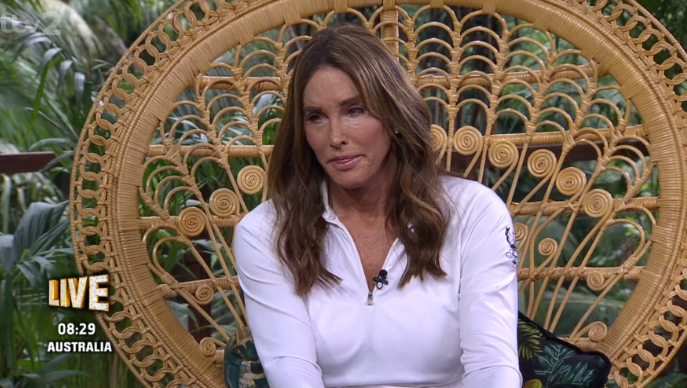 She wasn't greeted by anybody apart from campmate James Haskell

Viewers were left heartbroken when nobody appeared to greet Caitlyn on the bridge following her exit from the show.

It was later revealed that her campmate James Haskell met Caitlyn after she left the bridge but the moment wasn’t shown on the main show, only on spin-off programme Extra Camp the following night.

However, now, Caitlyn’s son Brandon Jenner has apparently claimed “nobody reached out” to set up her exit.

In an Instagram message, obtained by the Mirror, a fan asked Brandon: “Why wasn’t you at the bridge? So sad seeing your dad upset. (sic)”

Brandon reportedly replied: “Honestly, nobody reached to set it up! I think it might have been a ‘storyline’ the producers wanted to fabricate in order to get more empathy for Caitlyn.

“That’s how that kind of TV works.”

Ent Daily has contacted I’m A Celebrity and Brandon for comment.

It comes after viewers slammed Caitlyn’s famous family for failing to be there when she left the jungle.

Former rugby player James met Caitlyn on the other side of the bridge before she was reunited with her close friend Sophia Hutchins – who flew from Los Angeles – and her other campmates.

The sweet moment was shown during an episode of Extra Camp.

As she walked off the bridge, Caitlyn spotted James and exclaimed: “Oh my God, look who’s here!” to which James said: “I come to meet you babe,” as the pair hugged.

Earlier in the series, viewers were left in tears over Caitlyn’s letter from home after none of her children wrote to her.

Read more: I’m A Celebrity viewers ‘heartbroken’ as Caitlyn Jenner is ‘snubbed’ by kids in letters from home

The letter said: “You are doing such an amazing job in the jungle. Show these Brits that American Olympian endurance.

I think it might have been a ‘storyline’ the producers wanted to fabricate in order to get more empathy for Caitlyn.

Another wrote: “Actually feel sorry for Caitlyn, imagine not getting a letter from one of your kids… heartbreaking.”

A third added: “My heart breaks for @Caitlyn_Jenner where are her kids!!!!! Not one sent her a heartfelt letter from home!”