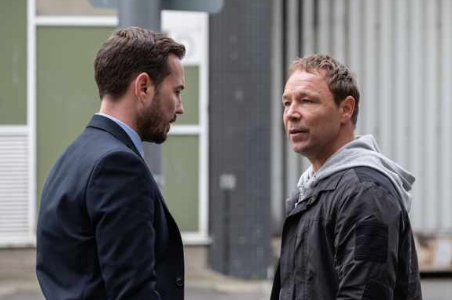 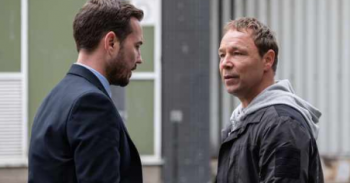 There was a traumatic end to episode four of Line of Duty as undercover cop John Corbett was double-crossed by his gang colleague Lisa McQueen, and had his throat slit.

But way before the bloody execution of this series’ anti-hero, the questions were forming thick and fast, with even more twists and turns in the plot.

The stuff we most need clearing up:

When Ted took to the laptop to communicate with Corbett and McQueen, who believed they were speaking with their crime boss, he spelt definitely incorrectly – just as the real crime boss did last episode.

Was this damning evidence that the Super IS H? Surely he couldn’t have known about last week’s typo, as the cyber-crime expert Amanda Yao explained they could only access the meta data early in the episode…

Although she was able to formulate pre-composed answers that would convince Corbett and McQueen they were talking to ‘H’… so how much were they eventually able to view?

Regardless, definitely is one of the most commonly misspelt words in the English language, even by bright and articulate people, so Ted would not be unique in this error.

Is Tatleen Sohota a bent copper? 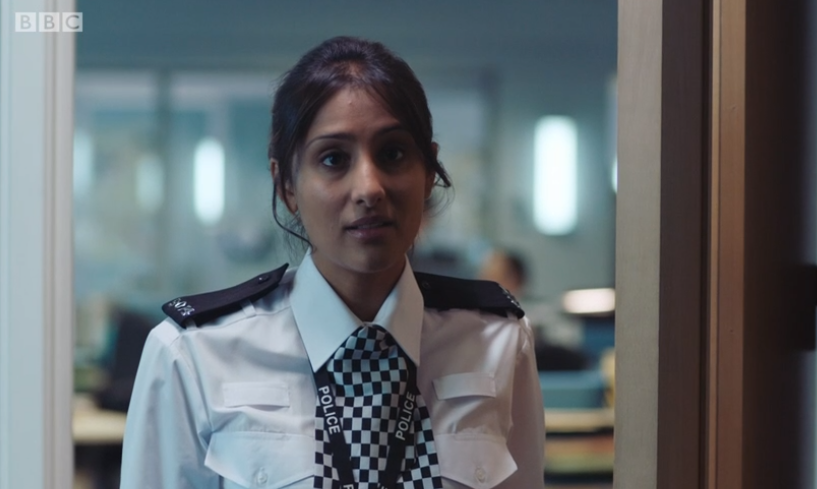 The young policewoman seems incredibly ‘on it’ and eager to please… just an ambitious rookie who has coincidentally moved to AC-12 this series, or nefarious motives?

Did Corbett have a personal vendetta against Hastings?

Writer Jed Mercurio and actor Adrian Dunbar warned fans of LoD that this series would explore more of Ted’s past… and now it’s looking likely there is something shady about his short time with the Royal Ulster Constabulary.

Viewers now know that Corbett was actually born in Northern Ireland and adopted in Liverpool after both his parents died five years apart during the Troubles, and Ted’s time there…

Read more: Have you nailed all the acronyms in LoD?

As Ted’s wife Roisin recovered in hospital after being attacked by Corbett, she sobbed: “He was from back home… he spoke with a Belfast accent… he said you’d know what you’d cost him…”

The pattern of injuries to her wrists, knees and ankles were classic paramilitary punishment wounds… did John believe Ted responsible for his dad’s death, and subsequently the loss of his mother?

Has he been trying to pin ‘H’ on Hastings as a personal vendetta?

Who IS Lisa McQueen?

She allowed Corbett to be killed – if not orchestrating it – branding him a “rat” as the UCO took his last breath. She seemed cold and collected as she instructed her henchmen to clear up the mess afterwards but, after walking away, then began to cry. What are we meant to infer from this?

Is she indeed also an undercover cop, as many fans have speculated, and she sacrificed Corbett because he’d gone rogue and was about to blow the entire operation? Or was she a little in love with him and simply feeling guilt and grief? Their chemistry was undeniable…

The Super looked guilty as hell as he fingered the notes from shifty Moffatt. The £100k loan he’d been offered? If Ted were seasoned crime lord H, why would he be looking so angst-ridden about it? Beer money, surely?

Whatever, accepting a bung of dosh in a brown envelope contravenes all manner of regulations…

Why did Ted meet with Lee Banks?

“Trust me… you’ll be glad you did [sit down to talk],” Ted warned. Minutes later, Corbett was murdered. Is this connected?

Is the body in Terry Boyle’s freezer Jackie Lafferty from series one?

Some old characters from LoD were revisited, as thug Ryan Pilkington pitched up to a flat opposite the print shop, lived in by vulnerable Terry, who keeps look-out for the OCG.

Pilkington told cohort Minkowicz to get a beer from the fridge and, when there were none in there, he told him to try the freezer.

Minkowicz saw a frozen body in the freezer. He quipped: “Christ, I forgot, how long’s she been in there?”

“At least Terry didn’t mistake her for a leg of lamb,” joked Pilkington.

But who is she? Some smart viewers have guessed that the body is Jackie Lafferty, an associate of the OCG, who was killed in the first series. Her body was frozen in a warehouse, before being moved to Terry’s freezer. Seemingly she’s been chilling there ever since!

What did you make of last night’s episode?  Leave us a comment on our Facebook page @EntertainmentDailyFix and let us know!