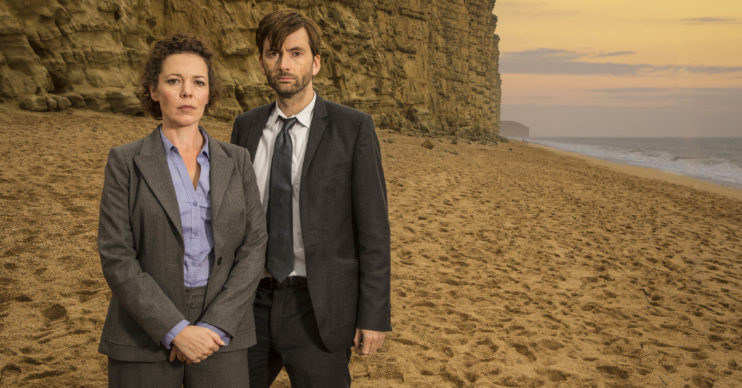 Broadchurch viewers unhappy next week’s episode is on later

Broadchurch has been repeated on ITV during lockdown to give us a chance to rewatch on the best dramas of recent years.

However, fans tuning in were left fuming at the end of last night’s episode (Monday, June 29) when ITV made an announcement.

Instead of its usual 9pm slot, next week’s episode will be shown at the much, much later time of 10.45pm. What’s that about?!

Read more: Piers Morgan hits back at trolls over his appearance

Viewers immediately voiced their frustration on Twitter that the show will be on so late from now on.

Excuse me @ITV why are you putting @BroadchurchTV on an 1hrs and 45mins later than normal next week???? This isnt fair. #broadchurch #ITV

Annoyed that #broadchurch is being moved back to 10:45 next week!

#Broadchurch will be shown at the later time next monday at 10.45pm. Bloody hell I’ll be fast asleep by then 😴😴

Why has Broadchurch moved slots?

Long Lost Family: What Happened Next will see Davina and Nicky revisit some of the programme’s most memorable searches.

They will visit Kathleen Fraser Jackson, who was reunited with her birth mother in Canada, as she heads to Jamaica to meet her younger sister Peta Gay for the first time.

The second story they will look at has never been shown before. It is about twins who were separated as babies.

What is Broadchurch about?

Broadchurch first aired in 2013 and stars David Tennant and Olivia Colman as DI Alec Hardy and DS Ellie Miller investigating the death of a young boy in the seaside resort of Broadchurch.

11-year-old Danny Latimer is found dead on the beach and it soon becomes apparent he was murdered.

In such a small community, everyone immediately falls under suspicion and therefore over the course of the 10 episodes, suspects are eliminated.

The first series was a huge hit and was subsequently met with critical acclaim. The second series did not fair so well, but the appetite was still there.

By the time the third series aired in 2017, where the case featured the rape of a middle-aged woman played by Julie Hesmondhalgh, viewers were hooked again.

Will there be a fourth series?

Creator and writer Chris Chibnall has always insisted the series was meant to be a trilogy.

Sadly for fans that means no fourth series of the hit show.

Have you been watching Broadchurch? Leave us a comment on our Facebook page @EntertainmentDailyFix and let us know what you think of this story.