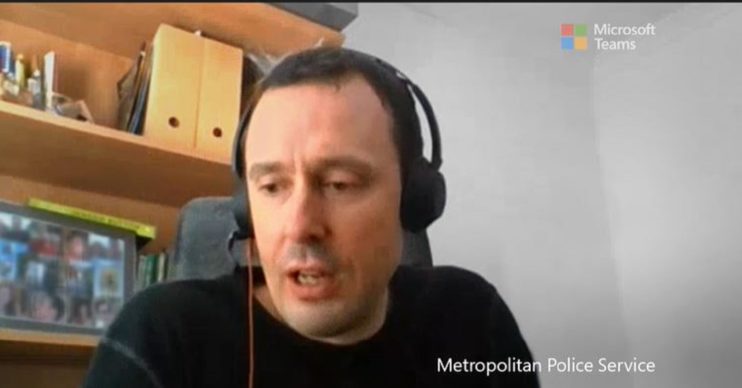 They claim it's on too much

Brits appear to be sick to death of seeing the advert for Microsoft Teams, claiming it’s on TV ‘every 15 minutes’ and is ‘making lockdown 100 per cent worse’.

During the coronavirus pandemic, the world has never had more of a need for video call and conferencing platforms, whether it’s for work or for the weekly family quiz.

Microsoft’s offering, Teams, is among the more widely used of the options available.

And the company is running regular TV ads to attract even more users to the platform.

But now, people are calling for Teams’ “annoying” and “insufferable” advert to be scrapped.

One viewer said: “The most annoying advert on TV at the moment is the Microsoft Teams advert. On too much.”

A second ranted: “@Microsoft I am so [bleeping] sick of that cheesy Teams advert. Please stop.”

Another tweeted, with an angry face emoji: “Sick to death of that sodding Microsoft teams advert.”

“I’m going to start a GoFundMe page to pay every TV channel to stop playing that boody Microsoft Teams advert,” insisted a fourth, adding: “Who’s with me?”

“Does anyone hate the Microsoft Teams advert?” one asked. “Because I see it 1,000 times a day and I wanna scream it’s so annoying.”

I'm going to start a GoFundMe page to pay every TV channel to stop playing that boody Microsoft Teams advert. Who's with me?

A sixth said: “The thing I’m looking forward to most at the end of this pandemic is never having to see that Microsoft Teams advert ever again.”

“The Microsoft Teams advert is making lockdown 100 per cent worse. Have a day off with it,” pleaded another viewer.

Claims it’s on far too much

Someone else tweeted directly to Microsoft founder Bill Gates, asking for, at the least, another version of the ad to mix things up.

Others called it “insufferable”, while others said it made them want to “throw something at the screen”. Some complained it’s on “every 15 minutes”.

The thing I'm looking forward to most at the end of this pandemic is never having to see that Microsoft Teams advert ever again.

Have a day off with it.

Nobody can stop teams.
But can someone please stop them showing that bloody advert 🙏#MicrosoftTeams

Can i say publicly “i really get irritated by that annoying Microsoft Teams advert especially the line ‘we are living on teams, it as simple as that’…..grrrr.

Makes me want to throw something at the screen or delete Microsoft Teams. #microsoftteamsadvert

I am getting unbelievably sick of seeing that insufferable Microsoft Teams advert in every. single. ad break!

Has anybody else had enough of the @MicrosoftTeams advert on the TV yet ? It's driving me insane. It should be restricted to one showing a day, not every 15 minutes ☹️

What do you think of the Microsoft Teams advert? See it here. Leave us a comment on our Facebook page @EntertainmentDailyFix and let us know.