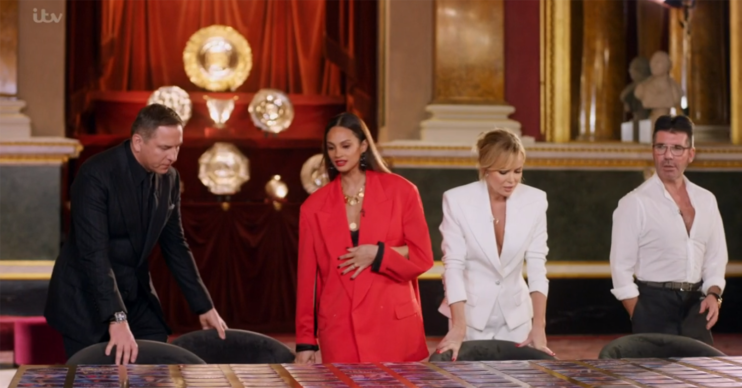 The show as postponed because of the coronavirus pandemic

Britain’s Got Talent viewers were thrilled to have the show back tonight.

The programme returned on Sunday night (August 30) after being postponed due to the coronavirus pandemic.

A pre-recorded show aired to reveal the finalists going through to the semi-finals.

Read more: Ant and Dec reveal they had ‘showdown talks’ with Simon Cowell over quitting BGT

Judges Simon Cowell, Alesha Dixon, Amanda Holden and David Walliams were back to make the decisions.

The judges watched the acts’ auditions once again before deciding whether to put them through to the semi-finals.

What did Britain’s Got Talent viewers say?

One person said on Twitter: “Yes I am so happy #bgt is back.”

Another wrote: “Finally it’s back.”

One added: “Ah welcome back @bgt we have missed you!!”

Ah welcome back @bgt we have missed you!! #bgt pic.twitter.com/V80J9uvpmC

The auditions aired back in May.

However, the live shows were cancelled due to the pandemic but are expected to return next Saturday (September 5).

What can we expect from the Britain’s Got Talent finals?

One of the biggest changes will be the lack of a live audience for the upcoming shows. ITV has decided not to film with an audience, for safety reasons.

Music mogul Simon will be missing the series because of his recent back injury.

Ashley Banjo will be replacing him on the show.

Simon recently told The Sun: “Ashley will be a fantastic addition to the panel. He knows the power of the show and the responsibility of it.

Ah welcome back BGT we have missed you!!

ITV said of its decision to split the series in two, ahead of the auditions airing: “We have been working with the brilliant production teams at Thames and Syco to find a way of making the live finals work.

“However, in light of the latest government health guidelines and in line with our priority of safeguarding the well-being of everyone involved in our programmes, production of the live shows cannot go ahead as planned.”

Have you missed BGT? Leave us a comment on our Facebook page @EntertainmentDailyFix and let us know.