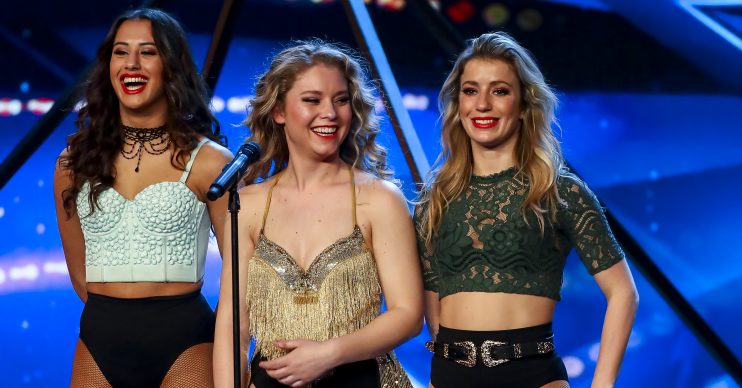 Claim a "shelf" was used

The audience was left mystified by a troop of multiplying magicians on last night’s episode of Britain’s Got Talent – but some viewers at home claimed they spotted the trick.

A trio called Angels Inc took to the stage and began a dance routine – pulling more dancers seemingly out of midair as they went.

They kicked things off with a pyramid-shaped platform that they covered briefly with a sheet, before pulling it away to reveal another dancer.

They then repeated the trick with an empty chair, before moving to two large, empty cages.

The first cage revealed two new dancers, while the second went from being empty to suddenly filled with eight more women.

The troop got a standing ovation from the audience and the judges, but some viewers claimed the show’s camera angles gave away the trick.

Some said that the trick was too old to be impressive, saying it was obvious the cages had false backs.

You could see how all those girls appeared, it wasnt very good magic. So basically they sold the act on them being pretty and skimpily dressed. I would have buzzed them. #BGT #Angelinc

The girl was on a shelf under the back of the triangle, she cannot be seen by the audience due to angle. Put cloth up, she climbs off shelf onto platform #BGT

Others said they could see a shelf behind some of the apparatuses, that held the women before they revealed themselves.

But the group managed to impress other viewers, with some insisting they would go on to dominate the season.

Angels Inc can dance and do magic and it is safe to assume that they are going to run this competition! #bgt

Angels Inc wound up with four yeses from the judge’s table, putting them through to the next round of competition.

David Walliams dubbed them “the Pussycat Dolls of magic,” while Alesha Dixon said the act was empowering.

“Girls will be watching and rooting you on killing it on stage,” she said. “It makes me feel proud to be a woman. That was a breath of fresh air. I loved it.”

Simon said the group have star potential, saying: “I think that what this show is about is finding a star and I think you have that potential. I really do.”

What did you think of the magic act? Leave us a comment on our Facebook page @EntertainmentDailyFix and let us know.