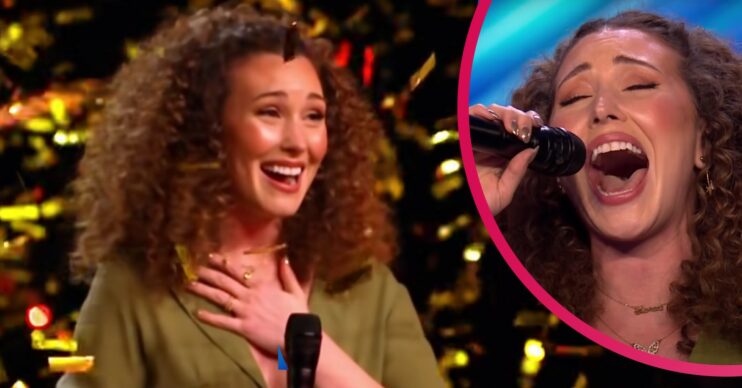 The songstress belted out Never Enough from The Greatest Showman for her audition – but as a twist revealed she also sang the song for the movie.

After her powerful performance, Loren received a standing ovation.

And she clearly impressed the BGT judges with Amanda Holden hitting the Golden Buzzer for her.

“So you sang one of the biggest songs of all time,” said head judge Simon Cowell.

“You’ve revealed it wasn’t the actress who sang the song in the movie – it was you singing the song.”

But viewers have been left seriously divided over her success on the show.

Many have said it is unfair that she is on the show having already got a hugely successful career.

One said: “No point watching #Bgt anymore, she was absolutely sensational, and will surely win it.”

A second said: “She was excellent but surely that’s unfair.

A third said: “She’s on a British talent show but she’s not from Britain and she’s already sung on one of the most iconic films of all time.”

Another joked: “Next time on #BGT a little known act called Elton John will be singing.”

However others insisted she deserved the Golden Buzzer.

One said: “Loren Allred is a phenomenal singer.

“I absolutely have not watched every live performance of hers that exists on YouTube. Seriously she is a dream, she deserves the world.”

A second said: “I’m so happy she got the gold buzzer omfg.”

A third said: “Ok that’s it. She can sing that every round for me.”