Some Britain's Got Talent viewers wondered if they were dreaming last night as they tuned into the show to see eight dogs doing the conga!

The scenes were very much for real thanks to talented young dog trainer Alex Lauenburger, 11, who has previously won the German version of the hit show. 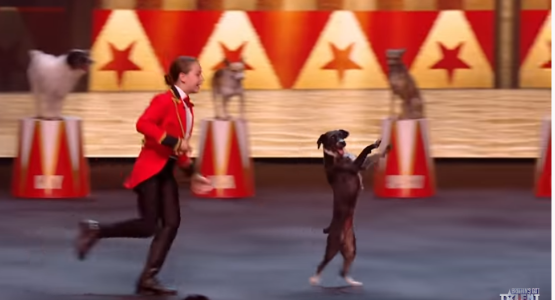 Alexa performed on BGT the Champions after winning the German version with her dancing dogs (Credit: ITV)

The youngster took to the stage on Saturday in the BGT The Champions edition to perform a routine with a Greatest Showman theme. And she proved she's the greatest dog whisperer, as she managed to get all her pooches dancing in a line on their back legs.

She also had them jumping through hoops and leaping over one another, after patiently waiting their turn to dance. 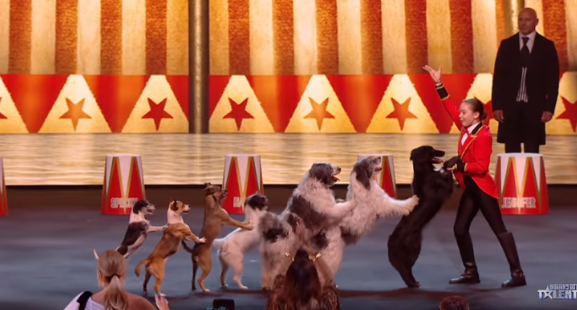 Viewers were amazed as the dogs did the conga (Credit: ITV)

The BGT judges were stunned by the performance, with Alesha Dixon saying it was "astounding".

Hosts Ant and Dec were also impressed, so much so that they made Alexa their golden buzzer act.

Thanks to their support, she went straight through to the final. 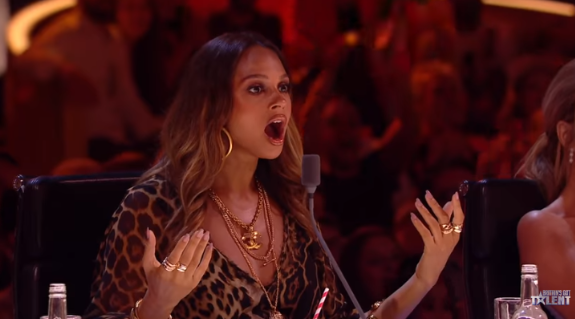 Alesha's face says it all as she watched the dog act (Credit: ITV)

Viewers took to Twitter to say they were also amazed by her act.

"I've seen everything now, dogs doing the conga!" wrote one.

"Wow. Catching up on #BGTTheChampions and that dog act was incredible!!!!! How the hell did she manage to get those dogs to do the conga?????? Amazing!!!!!! The best dog act I've ever seen," said another.

"Can’t even get Smudge to bring a ball back to me and this lassie out here doing the conga with her 8 dogs..." lamented a fellow dog owner.

Others said it was the best thing they have ever seen on TV. 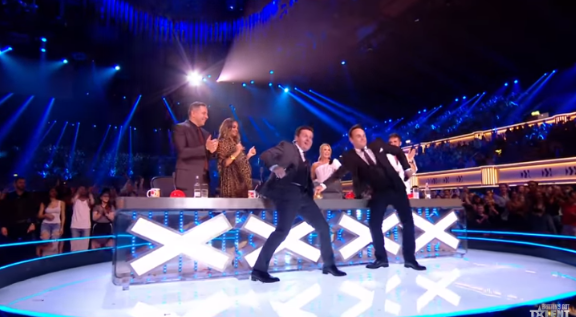 "Just watched 8 dogs doing the conga and now I can die happy," joked one.

"The dog conga line on BGT: The Champions is the BEST thing I've ever watched on t.v. .. period," commented another.

Some couldn't believe their eyes.

"Omg has anyone seen those dogs doing the conga on Britain’s Got Talent, am I hallucinating?" asked one such tweeter.

"Did I really just see 8 dogs doing the conga on bgt?" wondered another. 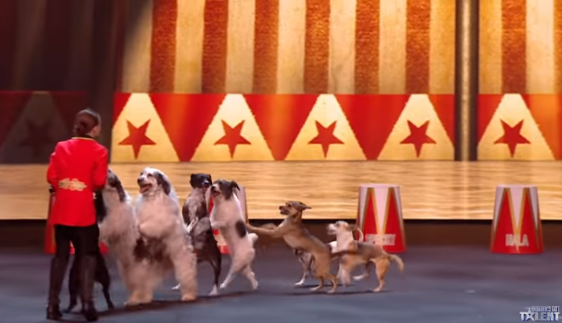 Some couldn't believe what they were seeing as the dogs formed a conga line (Credit: ITV)

We can't wait to see what Alexa and her dogs will do in the final! She will be joined there by the MerseyGirls, who put in an emotional performance on their return to the stage.

However, not everyone was happy with the dancers being voted through by the "superfans" over some other popular BGT acts.

Should Alexa and her performing dogs win BGT: The Champions? Leave us a comment on our Facebook page @EntertainmentDailyFix and let us know what you think!