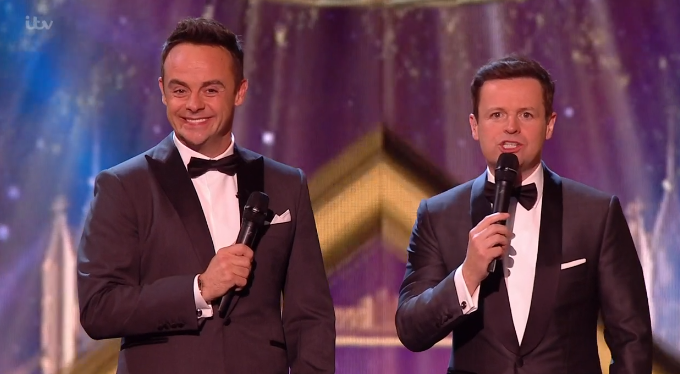 Britain’s Got Talent: The Champions viewers furious they don’t get to vote in the final

Viewers weren't happy to realise it's not live

Fans of Britain’s Got Talent: The Champions are not happy that they don’t get to vote to crown the winner of tonight’s grand final.

Over the last five weeks a series of pre-recorded audition shows have seen 10 acts sent through to the final.

Each week the Golden Buzzer act, chosen by one of the judges or hosts Ant and Dec, was automatically awarded a place, then the audience of BGT ‘superfans’ got to select the second act going through.

Viewers at home have been disgruntled that they didn’t get to have a say up to this point, but many assumed they would at least get to vote in the live final.

Read more: I’m A Celebrity theme park set to open in the UK

But tonight they have discovered the final isn’t live either and was pre-recorded some weeks ago.

Taking to Twitter to vent their frustation, fans made their feelings very clear.

So the finals aren’t live then?……..#BGTChampions

Even the final isn’t live. What’s the point in this again? Lol. #BGTChampions

If the public had been voting over the last few weeks, I think the final would be very different! Most of the acts I liked never got through. There’s a few acts in the final that definitely don’t deserve to be there. Expecting this to be quite a disappointing show! #BGTChampions

Would have been a better idea to have a live final and not a pre recorded one. Hmmmm #BGTChampions

Could they not have at least done the final live so we could vote? This format sucks! #BGTChampions

Even the final isn’t live. What’s the point in this again? Lol. #BGTChampions

You know what would be far better? If @BGT was actually live and the public got to decide who the overall champion was….not a heavily influenced studio audience. 🤦🏼‍♂️ #BGTTheChampions #BGTChampions #BGT

This is a great opener – I REALLY wish #BGTChampions had been bigger and live, it could’ve done soooooo much better #BGT

In fact, many pointed out that the winner was leaked months ago.

Read more: Ant and Dec’s new show reveals one of them is related to royalty