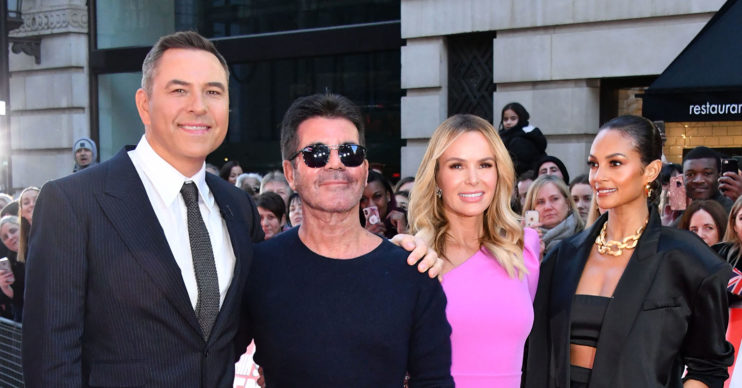 The popular talent show's return is reportedly just months away.

ITV’s Britain’s Got Talent will abandon its live semi-finals and instead run pre-recorded shows this September.

BGT was forced to scrap lives shows this April due to the coronavirus pandemic.

This will also allow BGT to end before Strictly Come Dancing comes back in October.

The BBC’s Strictly is traditionally one of ITV’s biggest rivals shows.

Read more: Katie Price hugs Harvey as he is released from intensive care

Social distancing measures will be enforced

It will be pre-recorded with audience members segmented into small groups.

The finals for the show will reportedly still be filmed live.

However, strict social distancing rules will be firmly in place.

One idea apparently being toyed with is not having a live studio audience.

Instead audience members may be filmed watching the auditions live from home.

A source told The Daily Star show bosses are trying to find creative ways to still include an audience.

The insider revealed: “This is certainly an option that we are looking at this Autumn.

“Although we believe we can film the show with the judges sitting slightly further apart and the acts up on the stage, the sticking point is very much the audience.

“Britain’s Got Talent needs an audience.”

The auditions for this year’s BGT were aired in May. However, due to lockdown, ITV was unable to go ahead with the live performances.

A source back then told The Sun that the show hoped to return by this September.

The source claimed: “They have no idea when the live shows will take place as it depends on government guidelines and advice.

“At the moment they would like them to happen in September, but that will entirely depend on how quickly things are back to normal.”

Do you want to see BGT back this September? Leave us a comment on our Facebook page @EntertainmentDailyFix.