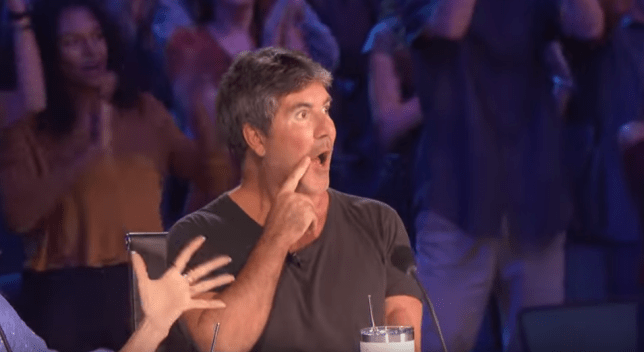 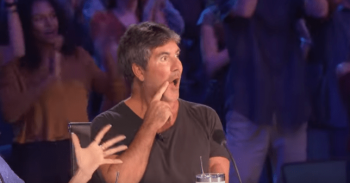 Admits he could have left Simon seriously injured

Things get dicey for Simon Cowell on tonight’s episode of Britain’s Got Talent as knife thrower Andrei Gomonov uses him as a target during his audition.

The knife thrower admitted afterwards that he was slightly nervous something could go wrong – and that he could end up with Simon’s death on his conscience.

Andrei started his act with his assistant putting herself in they way of his flying knives, as he moved to the judge’s table to take aim.

Before he got started, judge David Walliams asked if his act was dangerous.

But it wasn’t until it was all over that he admitted how dangerous – claiming using Simon was far riskier than his assistant, who’s used to the situation.

“This was high stakes,” he said. “It was more dangerous because I didn’t know what Simon would do.

“I know my partner. She knows not to be scared and not to move.”

He went on to say that having someone else step into his assistant’s role is risky, because they’re unpredictable.

“But I didn’t know if Simon might move. I worried I might leave him seriously injured. I had small nerves. I’m a professional, I must be ready and keep my focus.”

Last week saw escape artist Jonathan Goodwin hoisted upside down by his ankles, attempting to free himself from a straight jacket while on fire.

Britain’s Got Talent airs tonight at 8pm on ITV.

What do you think of the knife thrower? Head over to our Facebook page @EntertainmentDailyFix and leave us a comment!