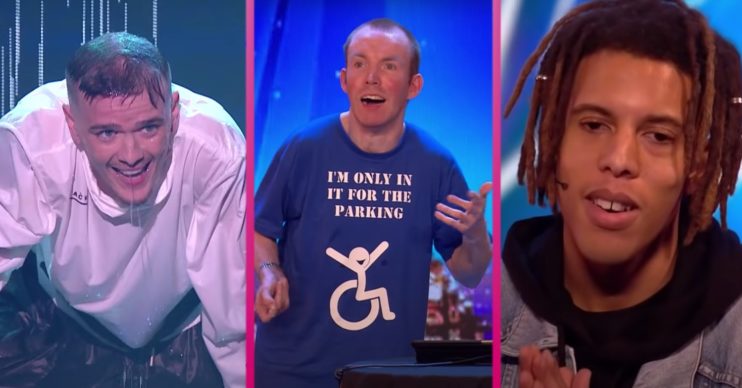 Here's who will be teaming up with who

Britain’s Got Talent judges will reportedly perform alongside former winners in this year’s Christmas special.

The likes of Diversity will be teaming up with the judges for some unique festive performances.

It was previously announced that Alesha Dixon, David Walliams and Amanda Holden will take to the stage for the show.

And Ashley Banjo, who filled in for Simon Cowell during the last series, will also be performing.

But now it has been reported that acts who have previously triumphed on the ITV talent series will also be entertaining viewers again, too.

According to The Sun, the likes of Collabro, Tokio Myers, Lost Voice Guy and George Sampson will all feature.

After you’ve drunk too much sherry, you can undo your trousers and sit back and enjoy.

A source told the newspaper: “The judges wanted to get up and do their bit in the Christmas special to put a smile on viewers’ faces.

“They will all perform but not alone.

“It’s not until you see some of the acts getting up with them that you are reminded of the quality of some of the past winners.”

Who will be performing with who in the Britain’s Got Talent Christmas special?

Alesha will apparently team up with Tokio for a BGT rendition of ‘Have Yourself A Merry Little Christmas’.

David is believed to be performing a funny routine that will include Lost Voice Guy, as well as other comedy acts.

And Amanda will be belting out a festive tune or two with musical theatre act Collabro.

Ashley meanwhile will be leaving his position at the judges’ desk to get dancing again. And street dancer George Sampson is expected to join him and Diversity for a double winner’s presentation.

What will Ant and Dec be doing?

Furthermore, it seems like Ant and Dec may also have some Christmass-y roles on the show.

The tabloid reckons the hosts could dress up as Santa’s little helpers in a nod to Elf on the Shelf.

And there may even be room for a surprise appearance from Simon Cowell.

Amanda hinted at a cameo from the show boss on This Morning last month.

“Simon may make an appearance, he may not,” she teased.

She also hyped the BGT Christmas special as a “wonderful present”.

Amanda continued: “After you’ve drunk too much sherry, you can undo your trousers and sit back and enjoy.”

Fans reacted with delight at the announcement.

A Collabro fan account tweeted: “Won’t that be fun!”

They continued in a separate tweeted: “I had a feeling this morning that Collabro would be on BGT Christmas special.”

And another happy viewer cheered: “Yes! This is exactly what this Christmas needs after this year!”