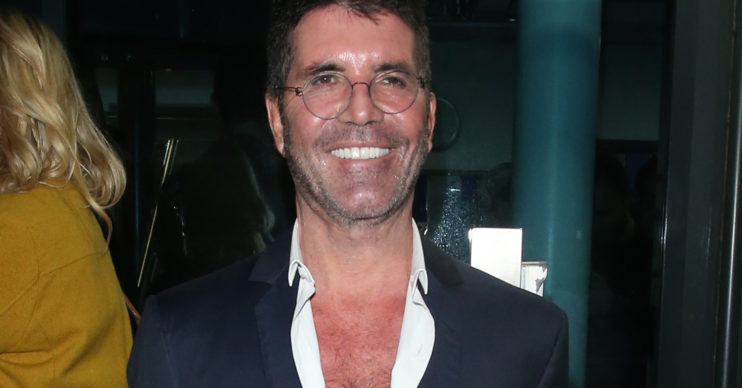 But he really misses pizza!

The 60-year-old media mogul overhauled his lifestyle last year. He committed to a diet of white meat, fruit, and vegetables, and can’t believe the results he’s been getting. He claims he’s managed to shed an impressive 60 lbs in the past 12 months.

Simon said said: “I started this diet a year ago and I’ve lost 60 pounds.”

Simon’s been sticking to his diet whilst in lockdown amid the coronavirus pandemic. But he says he’s always tempted to slip into old habits when his six-year-old son Eric – whom he has with his girlfriend Lauren Silverman – has a pizza for dinner.

He added: “I’m doing a bit of cooking. I’m exercising. Funny enough, more during this time as well, sticking to the diet.

“The only difficult thing is when Eric orders a pizza  . . .  that’s the number one thing I miss.”

And when he’s not busy cooking, Simon has been spending time in the garden with his son, where they often camp overnight at the weekend.

Speaking to The Sun newspaper, he said: “We’re camping on the weekends in the garden in tents.

Meanwhile, the X Factor creator previously said he can’t believe how good he looks since losing weight, as he managed to shave several inches from his waistline.

Read more: Britain’s Got Talent finale in the air as bosses fear it won’t air this year?

He said in January: “The most dramatic period was the first month where most of the weight comes off and you look at yourself and think ‘wow’. I used to be 36 inch waist and now I’ve lost four inches. I’m really happy now.

“All I do is avoid just red meat – white meat is fine – and I eat loads of vegetables, salads and drink this great beer. I’m on a diet but it doesn’t feel like it now because the food I eat is really healthy and I don’t find it tedious. If it’s boring you won’t stick to it.”

Britain’s Got Talent airs tonight at 8pm on ITV.