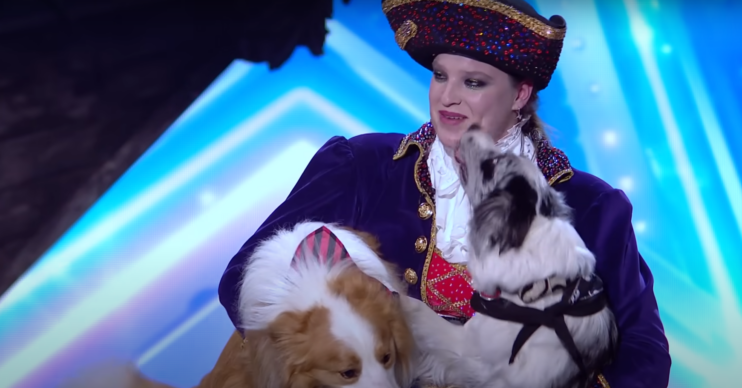 Britain’s Got Talent viewers were left fuming during this year’s grand ITV final.

Every year some of the wildcards are picked to sail through to the final, and this year was no exception.

This year, Amber and her Dancing Collies were among those chosen to perform in this year’s BGT grand finale.

As a result, many viewers were left fuming by the decision.

Many viewers at home felt that acts like The Witches and Immi Davis were more deserving of the opportunity.

Britain’s Got Talent on ITV

“That’s who they picked for the wildcard??? What about Immi? Absolute bull[bleep] #BGT #BGTFinal,” said one viewer.

A second tweeted: “The dancing dogs [are] the wildcard where the hell is #Immie!!! WTF has happened to #BGT is @SimonCowell trying to kill it off? #BGTFinal,” another raged.

“The bloody performing dog was the best of the ‘wildcard’ possibilities? Whatever…” said another.

“Wrong choice for the wild card,” said a fourth.

Meanwhile, a fifth added: “Can’t believe they brought back the dog act as the wildcard. What a waste #BGT.”

Only three of the five Golden Buzzer acts made it through to the 2022 final: Alesha’s singing duo T4ylor and Flintz, Amanda’s incredible vocalist Loren Allred and Simon’s comedian Axel Blake.

Amber and The Dancing Collies had originally failed to make it through to the final after losing out to musical duo Flintz & T4ylor.

Simon Cowell had been a big supper of the act, which he described as the “best ever”.

After a show stopping number set to Let’s Twist Again, Simon declared: “That was the best dog act since Ashleigh and Pudsey.”

Ashleigh Butler became an overnight sensation in 2012 when they appeared on the show.  Viewers fell in love with Ashley and her adorable dog Pudsey, and the duo went on to be crowned champions in Britain’s Got Talent series six.