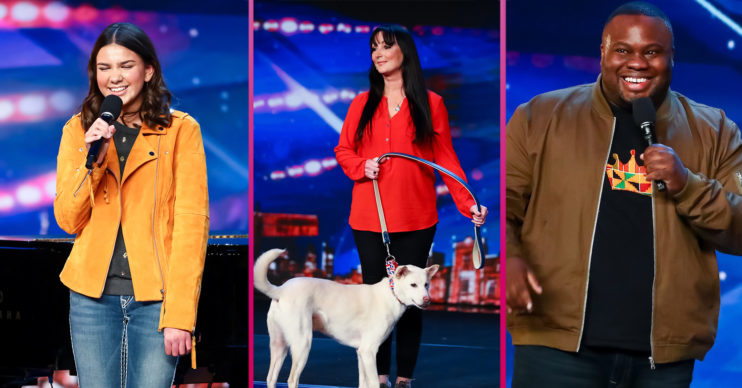 Here are the 40 finalists going through

Britain’s Got Talent returned tonight for a semi-finalists episode ahead of next weekend’s semi-finals.

Simon Cowell, Alesha Dixon, Amanda Holden and David Walliams returned in the pre-recorded episode after the series was halted due to the coronavirus pandemic.

In the programme, the judges decided which acts to put through to the semi-finals following the auditions back in May.

Which Britain’s Got Talent acts are semi-finalists?

Here are the semi-finalists who will be competing in the finals.

Fayth is a singer from Swindon and is Simon’s Golden Buzzer act.

Honey and Sammy are a mother and daughter singing duo from Essex. They are Amanda’s Golden Buzzer act.

Jon is a comedy musician from Manchester. He is hosts Ant and Dec’s Golden Buzzer act.

Nabil is a comedian from London. He is Alesha’s Golden Buzzer act.

The group are a choir from Manchester. They are David’s Golden Buzzer act.

Here are the semi-finalists that have been put through by the judges.

These two are a dancing duo from London.

Aidan is a magician from Ireland.

Allan is a comedian from Liverpool.

Amanda and her rescue dog Miracle are a magic act from Inverness-shire, Scotland.

Belinda is a singer from Cape Town, South Africa.

The star is a singer from London.

Bhim is a singer from Reading.

These two are a dancing duo from Birmingham.

The group is an orchestra from London.

Class Dynamix is a choir from Leeds.

Crissy is a drummer from Colchester.

Damien is a magician from London.

Dario is a singing variety act.

Ember Trio are musicians from London.

Hakan is a comedy magician from Stockholm.

Imen is a singer from Croydon.

These two are a father son magic duo from Aberdeen, South Wales.

James is a danger magic act from Yorkshire.

Jasper is a magician from Lancashire.

The pair are a singing dancing duo from Salford.

Kevin is a danger magic act from Edinburgh.

Magical Bones is a magician from London.

Myra is a comedian from London.

Papi Flex is a contortionist from Brussels, Belgium.

Shalom Chorale are a choir from across the UK.

Sirine is a singer from London.

These two are a singing duo from Sheffield.

SOS From the Kids

The group are a choir from Hampshire.

Souparnika is a singer from Bury St Edmunds.

Steve is a comedian from Manchester.

The group are a dance act from across the UK.

Urban Turles are a dance troop from South London.

Wesley is a unicyclist from Florida.

The group are a dance troop from Mumbai, India.

Yakub is a dancer from Stratford upon Avon.

The semi-finals of Britain’s Got Talent will air on ITV, Saturday, September 5, at 8pm.

Who do you think will win BGT this year? Leave us a comment on our Facebook page @EntertainmentDailyFix and let us know.