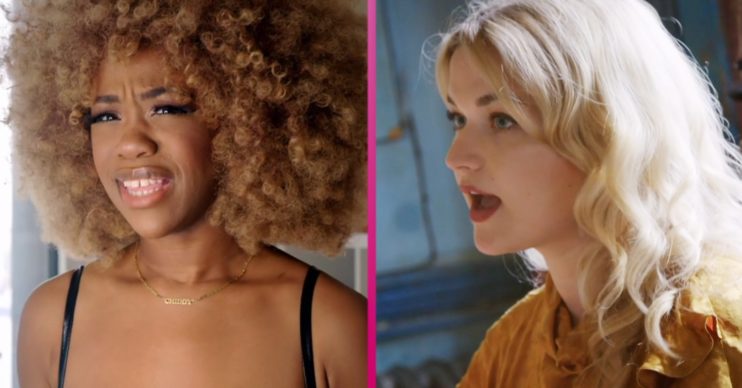 Bring Back the Bush on Channel 4 proved controversial last night as it sparked a debate on social media.

What happened on Channel 4’s Bring Back the Bush?

Chidera’s aim was to shed light on why so many women today choose to remove their pubic hair – compared to decades past, when it was much more common for them to have a full bush.

She said on the show: “Once upon a time, pubic hair was everywhere, but where is it now? You hardly see a bush any more. Vaginas are now normally bare and totally hairless.”

The programme looked at the connection between the rise in adult entertainment – particularly in magazine form – and the disappearance of bushes everywhere.

Chidera said: “As more and more magazines flooded onto the market, the women in them began to look like sex machines – artificial and highly manufactured. More natural women and their pubes started to disappear.”

What did viewers think of Bring Back the Bush?

On Twitter, viewers were sorely divided over whether it’s best to shave or not.

One insisted: “#bringbackthebush NO, nobody likes a mouthful of pubes.”

Another argued: “I doubt women like to get a mouthful of pubic hair, when they give blow jobs. If men want women to be clean-shaven, down below… then they should shave their bits.”

But a third hit back: “I think you’ll find a lot of men who give a [bleep] about their appearance do [shave]. I do. I cannot stand pubic hair on my self or anyone else.”

Someone else said: “Women, in case you don’t know, it’s 100 per cent perfectly OK not to wax your pubes #SayNo #NoMorePain #SaveMoney #bringbackthebush.”

A fifth argued: “#BringBackTheBush quite right too! I grew up with the bush. Loved it. A fully-shaved version was a jaw-dropper back then. We were interested in women, not girlies.”

I doubt women like to get a mouthful of pubic hair, when they give blow jobs. If men want women to be clean-shaven, down below, (& look like pre-pubescent girls), then they should shave their bits. #bringbackthebush

Women, in case you don't know its 100% perfectly OK not to wax your pubes #SayNo #NoMorePain #SaveMoney #bringbackthebush

#BringBackTheBush Quite right too! I grew up with The Bush. Loved it. A fully-shaved version was a jaw-dropper back then. We were interested in Women, not girlies.

Anyone else watching #bringbackthebush on channel 4 ? Fascinating insight on how women were conditioned to go pube less . And hairless elsewhere .

Where do you stand in the bush vs no-bush debate? Leave us a comment on our Facebook page @EntertainmentDailyFix and let us know.