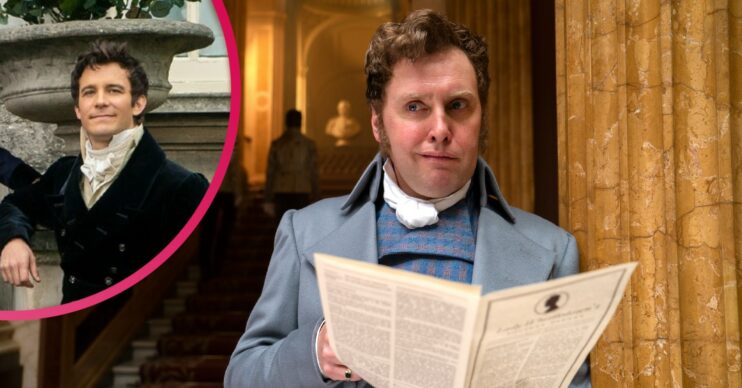 Bridgerton: Who will series 3 follow? Has it already been commissioned?

The Regency drama Bridgerton has managed to grip the nation and fans are eager to find out if will return for season 3.

And if so, who will take centre stage this time?

Here’s what we know about the upcoming arrival of series 3 and which Bridgerton sibling will take the leading role.

It will follow the Julia Quinn books, so we can expect the second-eldest sibling, Benedict Bridgerton, to take the spotlight in season 3.

And we sense a strong Cinderella theme for this one!

Quinn’s third novel, An Offer From a Gentleman, tells the fairy-tale romance between Benedict and a housemaid named Sophie Beckett.

Read more: Where did we leave Eloise Bridgerton in season 1? What’s next for her in season 2?

Sophie Beckett is an earl’s daughter, forced to into servitude by her stepmother.

The charming Bridgerton boy meets Sophie for the first time after she sneaks into Lady Bridgerton’s annual masquerade ball.

But before he can even catch her name, she runs away.

What is An Offer From a Gentleman about?

Julia Quinn posted a synopsis of her third novel on her website for her keen readers.

It reads: “Sophie Beckett never dreamed she’s be able to sneak into Lady Bridgerton’s famed masquerade ball- or that ‘Prince Charming’ would be waiting there for her!

“Though the daughter of an earl, Sophie has been relegated to the role of servant by her disdainful stepmother. But now, spinning in the strong arms of the debonair and devastatingly handsome Benedict Bridgerton, she feels like royalty.

“Alas, she knows all enchantments must end when the clock strikes midnight.

“Ever since that magical night, a radiant vision in silver has blinded Benedict to the attractions of any other. Except, perhaps this alluring and oddly familiar beauty dressed in housemaid’s garb whom he feels compelled to rescue from a most disagreeable situation.

“He has sworn to find and wed his mystery miss, but this breathtaking maid makes him weak with wanting her. Yet, if he offers his heart, will Benedict sacrifice his only chance for a fairy-tale love?”

Quinn also posted a quote from the book on her website as a sneak peak for what’s ahead.

It said: “It suddenly made sense. Only twice in his life had he felt this inexplicable, almost mystical attraction to a woman.

“He’d thought it remarkable to have found two. When in his heart he’d always believed there was only one perfect woman out there for him.

“His heart had been right. There was only one.”

It sounds like Bridgerton is in for another exciting series!

Has season 3 already been commissioned?

As if the wait for season 2 wasn’t thrilling enough, Bridgerton fans have been treated with more exciting news.

Bridgerton has been renewed for seasons 3 and 4 on Netflix!

The news was announced on Twitter in the form of a letter from Lady Whistledown.

It read: “Esteemed members of the Ton. It seems we have a rather special announcement.

“Bridgerton shall return for season 3 and 4. This author shall have to purchase more ink…”

This means we can get to know a lot more about the Bridgerton family and the scandalous secrets of the Ton.

And it sounds like good news for us Polin fans!

She said: “Polin stans this is our moment!!”

Who will be cast in Bridgerton season 3?

Nothing has been confirmed yet.

However, thanks to Nicola Coughlan’s tweet, it’s safe to assume that she and Luke Newton will be returning as Penelope and Colin.

If season 3 follows the third book, An Offer From a Gentleman, we can also expect to see Luke Thompson returning to his role as Benedict.

So we hope to see them back for season 3 too!

We also hope that season 2 newcomers Kate and Edwina Sharma will be back on our screens for a third season.

When will Bridgerton season 3 be released?

We don’t know when the release date for season 3 will be yet.

But,  Nicola Coughlan recently revealed that filming for the new series starts in the summer.

Still, there is a whole season 2 you can binge watch on March 25.

And there is plenty of drama and romance on the cards!