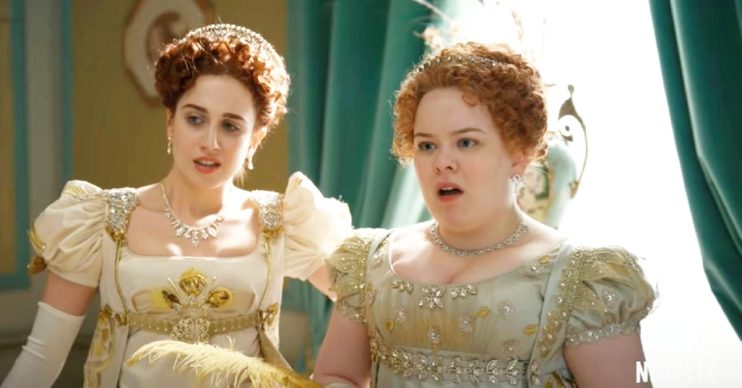 Lady Whistledown will not be best pleased...

Sad news, dear readers – Bridgerton season 2 has shut down filming for a third time thanks to another outbreak of COVID.

Lady Whistledown will not be pleased.

The Regency-era series is one of Netflix’s most anticipated shows with production underway for the new episodes.

However, they’ve already had to stop twice thanks to COVID breakouts in July.

Sadly, despite a deep clean of the sets and strict protocols in place, new cases of coronavirus mean the team has to stop again.

According to The Sun, bosses are ‘hopping mad’, with a source explaining: “Dramas like The Crown have got their production moving without a hitch.

“It’s embarrassing they don’t seem to be able to do the same.”

It was added that both cast and crew have been affected and the show won’t start up again “until further notice”.

It’s still not known if this will affect season two’s release date or not.

Season two will focus on Anthony Bridgerton, played by Jonathan Bailey. After getting his heart broken in season, he vows to take a wife – but wants a loveless marriage.

However, he then meets a newcomer with a charm that could tame him.

Bridgerton has already been given the go-ahead to at least season four.

Each season will focus on a different Bridgerton sibling, bringing the count potentially up to seven.

Season one focused on Daphne Bridgerton, and her romance with Duke Simon Bassett.

An origin story spin-off based on Queen Charlotte is also in the works.