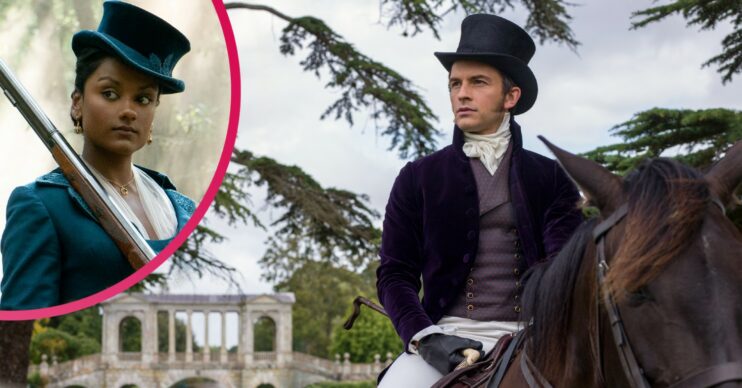 Anthony Bridgerton is taking the spotlight this season

Netflix is just days away from dropping Bridgerton season 2 so here’s our review of the top highlights.

The upcoming second series will this time focus on Anthony Bridgerton, as he takes the leading role.

So what can we expect ? Read on for Bridgerton season 2 review of highlights!

Here are 7 of our favourite storylines to look out for.

1. Anthony Bridgerton’s search for a bride

While season one was based around Daphne’s relationship with Simon, Season two shifts the focus to Anthony, the eldest Bridgerton sibling.

When we last saw Anthony in season one he was fresh out of his on-again, off-again romance with opera singer Siena.

After ending his relationship, he declared that he was finally ready to look for a viscountess.

However, he informed Daphne and Simon that he wants to marry for duty rather than love.

He said: “I’ve finally determined the difficulty: love itself.

“Removing it from all romantic relations shall make me all the better for it.’

Now that Anthony is finally on the marriage market, we’re excited to see how his search for the perfect wife will pan out.

It wouldn’t be a new season without a list of exciting new characters adding to the mix.

Another addition to the new season is Charitha Chandran who will play Edwina Sharma, Kate Sharma’s younger sister who Anthony intends to marry for duty.

Read more: Where did we leave Queen Charlotte in season 1? What’s next for her in season 2?

Edwina has been taught by her older sister Kate to be the perfect debutante. She’s kind-natured and endlessly endearing.

The Sharmas aren’t the only new characters in season two, Calam Lynch will playing a man named Theo Sharpe.

Rupert Young will also play an unnamed character who has a ‘connection to one of it’s most notable families’.

Even though the Duke will sadly not be returning to the Bridgerton series, we will still get to see Daphne Bridgerton in season 2.

Phoebe Dynevor told The Wrap that Simon will still be “referred to a lot” but this time Daphne will be focusing more on her family.

She said: “I think he’ll definitely be referred to a lot. I think we’ll see the baby.

“And we’ll just focus more on her relationship with the Bridgerton family.”

According to Nicola Coughlan and Luke Newton, who play Colin and Penelope, things are starting to look pretty steamy for the pair.

Nicola revealed to Elle that their bond is starting to develop just like in the books.

She teased: “We used to joke about it, really inappropriate jokes, like: “Wouldn’t it be funny if we did this when we do it?”

“And then as time goes on it becomes more real. Now it’s not funny any more!”

When asked if she knows when their romance is going to blossom, Nicola said: “I do. I do know. I’ve been told.”

Eloise Bridgerton will finally be out in society in season 2.

We cannot wait to see what’s in store for Eloise as she makes her first social debut.

Actress Claudia Jessie spoke to Harper’s Bazaar about what to expect of her character in series two.

She said: “She is going to shake things up.

“She is given a little bit freedom to be herself, with Daphne being in a high-status relationship, and it gives Eloise a bit more room to have her own space.”

6. The Featheringtons’ new man of the house

The Featheringtons ended season one in heartbreak as Lord Featherington died, leaving the family with no money and no title.

In the season’s last few moments, Lady Featherington looks rather tense as she finally discovers who is going to inherit the Featherington estate.

So will we find out who the mystery man is in season two?

According to Polly Walker who plays Portia, we can expect a lot more drama for the Featheringtons in season two.

She told Metro: “It’s going to be pretty epic because they’ve lost all their money and that won’t sit well.

“Lady Featherington is going to have do to some serious thinking to get herself and her daughters in a good situation.”

At the end of season one we saw Alice and Will Mondrich finally get the life they deserve.

Will Mondrich made a deal with desperate Lord Featherington, who was in a lot of debt from his gambling addiction, and lost his fight.

In return, Will bagged half the winnings from Lord Featherington, who placed a bet.

We then saw Alive and Will attend Daphne and Simon’s ball dressed in expensive clothing and exquisite jewellery.

We’re intrigued to find out what the family will spend their new fortune on next.

They announced that Bridgerton will be returning to our screens on Friday, March 25.

Not long to wait, dear readers!

Are you looking forward to Bridgerton season 2? Head to our Facebook page @EntertainmentDailyFix and share your review.