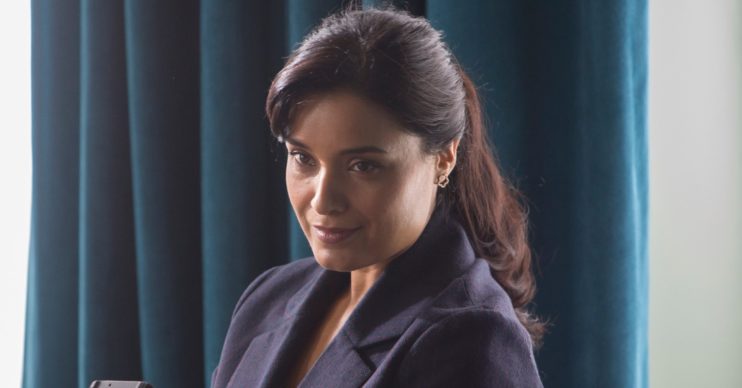 Regé-Jean Page will NOT be returning as Simon Basset

Last week, the popular TV show announced that the actor would not be returning as Simon Basset.

But there will be plenty of new faces to fill the void.

Here’s everything you need to know about the confirmed cast of series two.

Read more: All the reasons you MUST watch Bridgerton as drama becomes biggest EVER Netflix show

Netflix has revealed four new actors who will be joining the Bridgerton season two cast.

Shelley Conn, Calam Lynch, Charithra Chandran and Rupert Young will all appear in the upcoming series, set to air later this year.

They will be part of the Sharma family, central to the romance between Kate Sharma and Anthony Bridgerton.

The Sharmas will replace the novel’s Scheffield family, in keeping with Bridgerton’s more diverse imagining of Regency era England.

Sharing the casting news on Twitter, the official Bridgerton account used the tone of Lady Whistledown to tell fans of the new roles…

A tweet read: “Dear Readers, it seems we have a few new faces in the Ton.

“Do try your best to welcome them generously. I know I certainly will…”

Liar star Shelley Conn, 44, joins the cast as Mary Sharma, the matriarch of a new family.

Season two will focus on the Sharma family, in addition to the Bridgerton clan.

Mary was born an Earl’s daughter, but married a tradesman bringing scandal on the family.

Now her family faces scrutiny once more as they re-enter society.

Series two sees Mary return to London as her daughters debut in the world.

Shelley has previously starred in Mistresses as Jessica, and Strike Back as Danni Prendiville.

She’s also starred in W1A, Death in Paradise and The Deceived.

Most recently, she portrayed Hilary O’Doyle in McDonalds & Dodds.

Theo is a printer’s assistant with more revolutionary inclinations than is expected for his working-class station.

He’s not just a working class man – he’s also an intellectual who fights for the rights for all.

He has also appeared in Derry Girls, and film Benediction.

Bridgerton will be her second TV role after playing Sabina Pleasance in Alex Rider.

Read more: Bridgerton: Regé-Jean Page explains WHY he is not doing season 2

His character is described as: “The newest member of the Ton with a connection to one of its most notable families.”

Rupert has previously appeared in Doc Martin, Hotel Babylon, Shameless and Doctor Who.

He played Sir Leon in Merlin, and Sunny Mcintosh in The Good Karma Hospital.

Headstrong Kate is more than prepared to handle anything that comes her way – including Anthony Bridgerton (Jonathan Bailey).

Simone is also known for her roles in Broadchurch and Pokémon Detective Pikachu.

She recently portrayed Elise Fox in the ITV drama The Sister, opposite Russell Tovey and Bertie Carvel.

What will Bridgerton season two be about?

The show continues to reimagine the world of Julia Quinn’s high society series of books.

Series two adapts The Viscount Who Loved Me, which centres around the pursuit of a suitable marriage for Anthony, the eldest Bridgerton sibling.

Phoebe will be returning as Phoebe, although in a less central role.

Bridgerton season 2 will air on Netflix later in 2021.