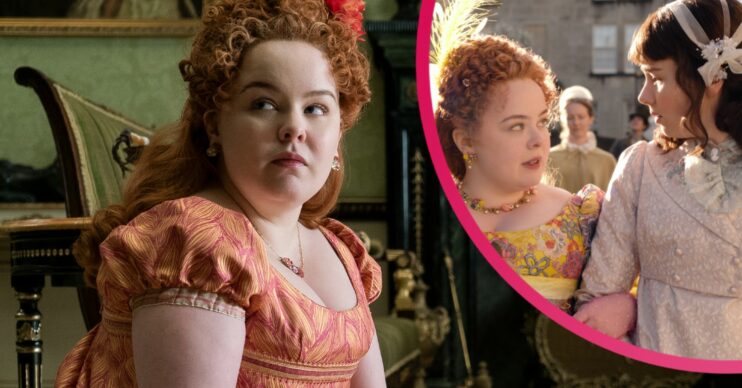 Bridgerton: Where did we leave Penelope Featherington in season 1? What’s next for her in season 2?

What's to become of the lovesick character?

Penelope Featherington is one of Bridgerton’s most beloved characters – with her ability to keep secrets second to none.

With actress Nicola Coughlan confirming she’s finished filming season 2, it won’t be long until we catch up with what she’s up to next.

Here’s what’s happened to the character so far – and where she could be going.

What happened to Penelope Featherington?

While her mother, Portia Featherington, presents her to society early, her search for a husband is already clear.

She has fallen head-over-heels for her friend, Colin Bridgerton, but has to watch on as Portia tries to scam him into marrying Marina, Penelope’s secretly pregnant cousin.

Read more: Bridgerton: Where did we leave Anthony Bridgerton in season 1? What’s next for him in season 2?

While navigating the social circle, she at least has best friend Eloise Bridgerton for company.

However, Portia’s insistence for her daughters to find a husband comes because the family is secretly broke.

Penelope’s father, Lord Featherington, has wasted the family estate on betting on boxing. This ultimately gets the better of him, as he’s killed by bookies who he’d tried to scam.

As a result, the family is penniless, and also left without a home, as Lord Featherington had handed the deeds over for his final bet.

Throughout all the drama of the family, there is another secret Penelope is keeping.

She is Lady Whistledown, the gossip writer who had been sharing a newsletter with all the scandals of the ‘Ton throughout the season.

Read more: Bridgerton: Where did we leave Daphne Bridgerton in season 1? What’s next for her in season 2?

While several people, including Queen Charlotte and Eloise, are trying to uncover her identity, Penelope has maintained her secret.

However, how long will she be able to do so?

What’s to come for Penelope Featherington in season 2?

Actress Nicola Coughlan has been teasing the future for Penelope on Bridgerton – and it seems juicy.

In fact, it seems Penelope is on a mission to mature this season, with the star comparing her to a classic Britney track.

“You definitely see her mature more,” she revealed to E! News. “I think of it in the Britney [Spears] thing, ‘she’s not a girl, not yet a woman’ in this season. So she’s more aware of the power she wields—that doesn’t mean she’s any better at using it.

“She definitely gets herself into some sticky situations.”

Speaking to Radio Times, Nicola delved deeper, and said: “Her and Colin Bridgerton, you get to explore their relationship, they’ve become closer in this sort of gap [since] we’ve last seen them.”