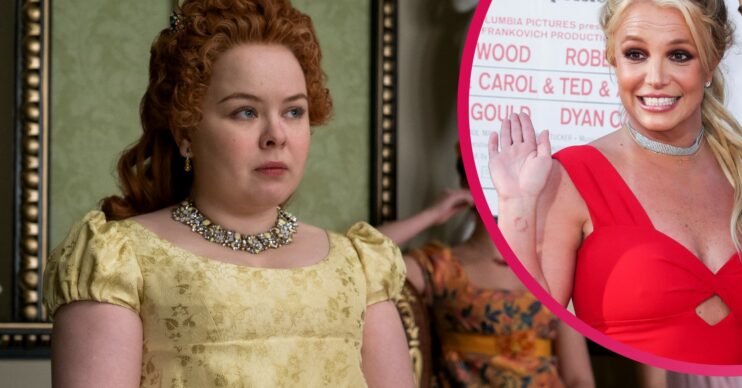 Bridgerton’s Nicola Coughlan has promised Penelope Featherington is going to cause some serious trouble during season 2.

The Netflix smash hit is still being filmed, with production being halted at least three times due to Covid outbreaks on set.

With Anthony Bridgerton taking the lead role in the upcoming episodes of the Ton’s exploits, and Penelope’s double life of Lady Whistledown exposed in the season one finale, we already know there’s some drama ahead.

But speaking to E! News, Nicola has teased what lies ahead for the Regency elite – with Penelope stirring up more trouble going forward.

“You definitely see her mature more,” she revealed. “I think of it in the Britney [Spears] thing, ‘she’s not a girl, not yet a woman’ in this season. So she’s more aware of the power she wields—that doesn’t mean she’s any better at using it.

“She definitely gets herself into some sticky situations.”

Nicola later added that “people are not ready” for what’s in store, with one episode leaving her “gasping” as it was so dramatic.

We’re already burning to see what they have in store.

What happened to Nicola Coughlan’s character in Bridgerton season one?

In season one, we’re introduced to the timid and shy Penelope – one of the three Featherington sisters.

Guided by their eager, social-climbing mother, Penelope often struggles in social situations but is comforted by her best friend Eloise (Claudia Jessie).

Read more: Bridgerton season 2: When does it drop on Netflix and what is the truth about these delay rumours?

She also secretly pines over Eloise’s older brother Colin (Luke Newton), even when he starts falling for another woman.

At the end of the season, things go from bad to worse with the Featherington family on the discovery that her father gambled away not just their money, but also their London home.

But Penelope has a secret – and in the final moments of the finale, it’s revealed that she is actually Lady Whistledown, the gossip writer who’s been spilling all of the drama of London’s elite during the latest social season through a newsletter.

While viewers know who she is now, no one else, not even her bestie Eloise, does. How long she will be able to keep it a secret, we’ll have to find out.