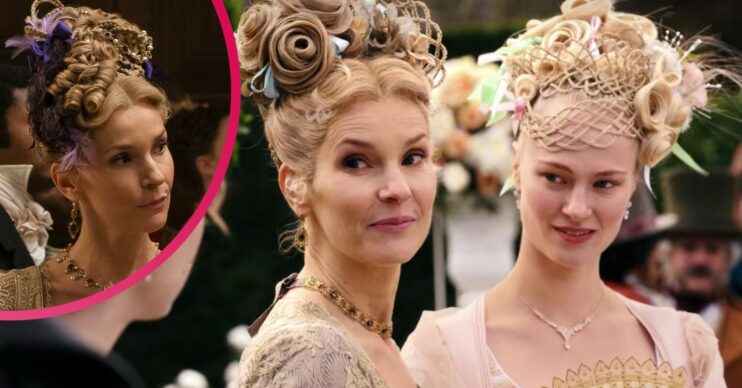 She's back with more gossip and even bigger hair dos

Netflix has finally confirmed the release date for Bridgerton season 2, which means another Bridgerton binge is in order!

Returning to the cast is Lady Cowper, who was eager to find her daughter Cressida a husband last season.

So what’s next for the debutante’s mother and will she be able to marry Cressida off in season 2?

Where did we leave Lady Cowper?

Lady Cowper is the mother of Cressida Cowper, who has just made her social debut.

She has become desperate to marry off her daughter, so she speaks highly of Cressida to show her off in front of eligible suitors.

The pair also enjoy gossiping and were part of the effort to spread the news about Nigel Berbrooke’s illegitimate son.

When Prince Friedrich of Prussia came to visit, Lady Cowper was thrilled when her daughter caught his attention.

She continued to chaperone events and support Cressida as she tried to pursue the Prince.

However, their efforts failed and Cressida was left without a suitor at the end of the season.

What’s next for Lady Cowper in season 2?

No doubt Lady Cowper will back and chaperoning her daughter in season 2.

As Cressida is still on the hunt for a husband, we can expect to see Lady Cowper more involved in finding her the perfect match.

Joanna is well known for her roles in the films Alice Through The Looking Glass and The Brothers Grimsby in 2016.

She also starred as Rose in the latest hit film Gunpowder Milkshake.