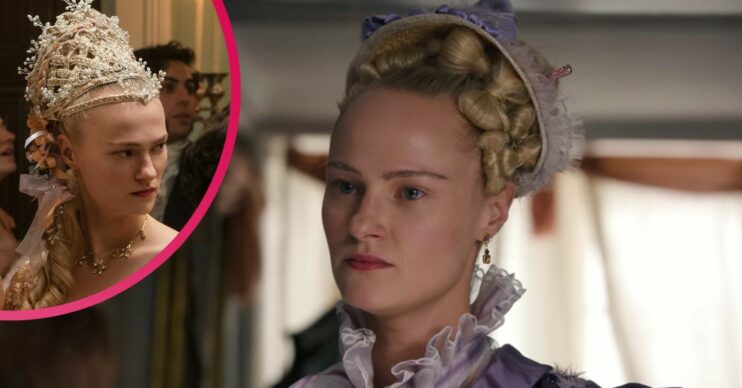 Bridgerton: Where did we leave Cressida Cowper in season 1? What’s next for her in season 2?

Cressida Cowper will be returning to Bridgerton season 2 to stir up some more drama.

The debutant spent most of season 1 competing with Daphne Bridgerton for the affections of eligible suitors.

However, when Daphne went on to marry The Duke, Cressida ended the season jealous and alone.

So what’s next for the debutante in the upcoming season?

What happens to Cressida Cowper in season 1?

Cressida Cowper is a young lady who debuted in the social season with her mother.

The debutante was also among those delighted when Prince Friedrich of Prussia came to visit London.

When he appeared at his first social event, she immediately approached him and swooned in the presence of the Prince.

Read more: Where did we leave Queen Charlotte in season 1? What’s next for her in season 2?

The pair danced together at a few events and it looked like Cressida might actually have a chance at marrying Prince Friedrich.

However, someone else caught the Prince’s eye.

When the Prince and Daphne Bridgerton started courting, Cressida was overcome with jealousy.

Eventually, she caught Daphne and the Duke alone together and blackmailed Daphne into leaving the Prince alone.

Does Cressida marry the prince?

Towards the end of season 1, Prince Friedrich doesn’t marry anyone and instead returns home to Prussia.

This leaves Cressida still without a husband, which means that she’ll be actively looking for more eligible suitors in the second season.

Jessica Madsen plays Cressida Cowper – and she’s been seen a few times on the set of season 2.

Read more: Where did we leave Portia Featherington in season 1? What’s next for her?

Which means we can expect to see a lot more of Cressida– whoop!

Cressida seemed to be the mean girl of the town in season 1 and we’re sure she’ll be back to stir up more trouble in the next season.

So mark up your calendars and get ready for another season!